A recent YouGov poll finds that two-thirds of Americans support canceling some amount of student loan debt for all people who currently hold it. Most Americans say the cost of attending college has risen dramatically over the past 20 years and nearly all lay some blame on colleges’ rising administrative costs, while majorities also blame federal and state governments as well as banks and other lending institutions. While only one in three approve of how Joe Biden is handling the issue of student debt, a majority of people support the plan he has recently floated, which involves canceling around $10,000 in federal student loan debt for each borrower who owes at least that much.

The cost of a college education

However, seven in 10 Americans say that colleges in the U.S. have become too much like corporations. This may be one reason why more than half of people (53%) support making all public colleges and universities tuition-free. In addition to supporting more government investment in colleges, the vast majority of Americans also say the government should invest more in trade schools, as well as other college alternatives.

What factors do Americans think have contributed to rising college costs? When asked to evaluate a list of possible reasons, people who said the cost of college is increasing say each of the following has contributed either a lot or a little, listed from most blamed to least:

Who is to blame for student debt

Three-fourths of Americans say that college debt is a very or somewhat serious problem in the U.S. When asked how much they blame seven different entities for the increase in student debt, Americans responded with the following:

Responses to the student debt crisis

When asked which groups of people should have some or all of their student debt forgiven, Americans responded with the following:

While most Americans support canceling at least some debt, many people also agree with arguments often cited in opposition to student-debt forgiveness. (While there are drawbacks to agree/disagree-style questions, they can be useful in comparing levels of support across different questions). For example:

Americans are somewhat more likely to say the Democratic party is better at dealing with student debt and the price of college than the Republican party is, though one in four say neither party is good at handling this issue. Despite Democrats scoring higher than Republicans in this regard, Americans are more likely to disapprove (47%) than approve (33%) of how President Biden is handling the issue of student debt.

Biden’s approval rating on this issue may change if he enacts a plan similar to the one he has floated in recent months, which involves canceling around $10,000 in federal student-loan debt for each borrower who owes at least that much. A majority of Americans (55%) say they support this plan, while only 31% oppose it. However, many Americans are skeptical that Biden has the power to unilaterally forgive student debt – only 41% believe the president has the authority to widely cancel student loans, while 33% say the president does not.

Almost half of Americans with a college degree (47%) say they took out loans to pay for their education. Women are more likely than men to have taken out loans, and Americans under 45 are more likely to have had loans than those older than 45. Most college graduates (60%) who took out loans say that when they graduated college they owed $25,000 or less, while a smaller share – 11% – say they owed $100,000 or more.

About half of Americans who took out student loans say they are still paying them off. The majority of Americans who still owe money toward their loans say they are very or somewhat worried about paying them off, and about one in three say they don’t think they’ll ever fully pay off their loans. Students aren’t the only ones with college debt. One in five parents – including over half of parents who took out loans to pay for their own education – say they have or plan to take out loans to pay for their children’s education.

Our survey also asked people who currently hold student debt to tell us in their own words how debt forgiveness would impact their lives. Most people said it would have a positive effect on their lives, allowing them to save for other things like a house, a car, retirement, or their own children’s education. A number of people emphasized the detrimental impact that student debt has had on their credit scores, which has limited their ability to secure housing or other lines of credit. A few people say they believe debt cancellation would have no effect on them since they would end up paying more in taxes as a result.

Did you know about student loan debt?  If you are interested in supporting small business, be sure to check out the official store of the Crusade Channel, the Founders Tradin Post! Not to mention our amazing collection of DVD’s, Cigars, T-Shirts, bumper stickers and other unique selection of items selected by Mike Church! 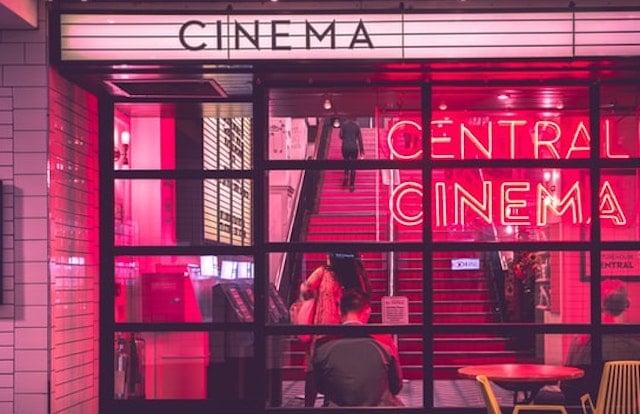