What The World Needs Now Is… Brandon Matthews

What The World Needs Now Is… Brandon Matthews

H/T to The Golf Channel’s Nick Menta for the story!

I have been a big fan and player of golf since I was 12. I’ve personally seen the good, bad and ugly of the game (mostly ugly!) but still love it and have great admiration for many pros although I confess I am still wistfully waiting for a golfer in the mold of Phillip Rivers or Nick Folse’s public, Christian witness. Now comes the story of Brandon Matthews, a young pro from Temple University who gives us a reason to smile for his love, humiliation and class at a PGA tournament in Buenos Aires, Argentina, the Visa Open de Argentina. The drama unfolded thus.

Having just watched Ricardo Celia drain a 30-footer for birdie in their two-man playoff, Brandon Matthews had an 8-foot putt to force a fourth extra hole and keep an invite to Royal St. George’s in play.

“I got over the putt, took the putter back and heard kind of a yelp or a scream,” Matthews told GolfChannel.com Monday, fresh off a nine-hour return trip to Tequesta, Florida.

“I kind of flinched on the putt and immediately knew I missed it.”

“I thought someone had done it intentionally. I was frustrated. Really, I was in shock that that just happened,” said Matthews, who immediately turned around and gestured to the gallery.

Rivas then told Matthews that it was a fan with Down Syndrome who had made the noise in his backstroke. He had gotten excited and lost control of his emotions.

And as soon as Rivas gave him those details, Matthews answered: “Take me to him.” 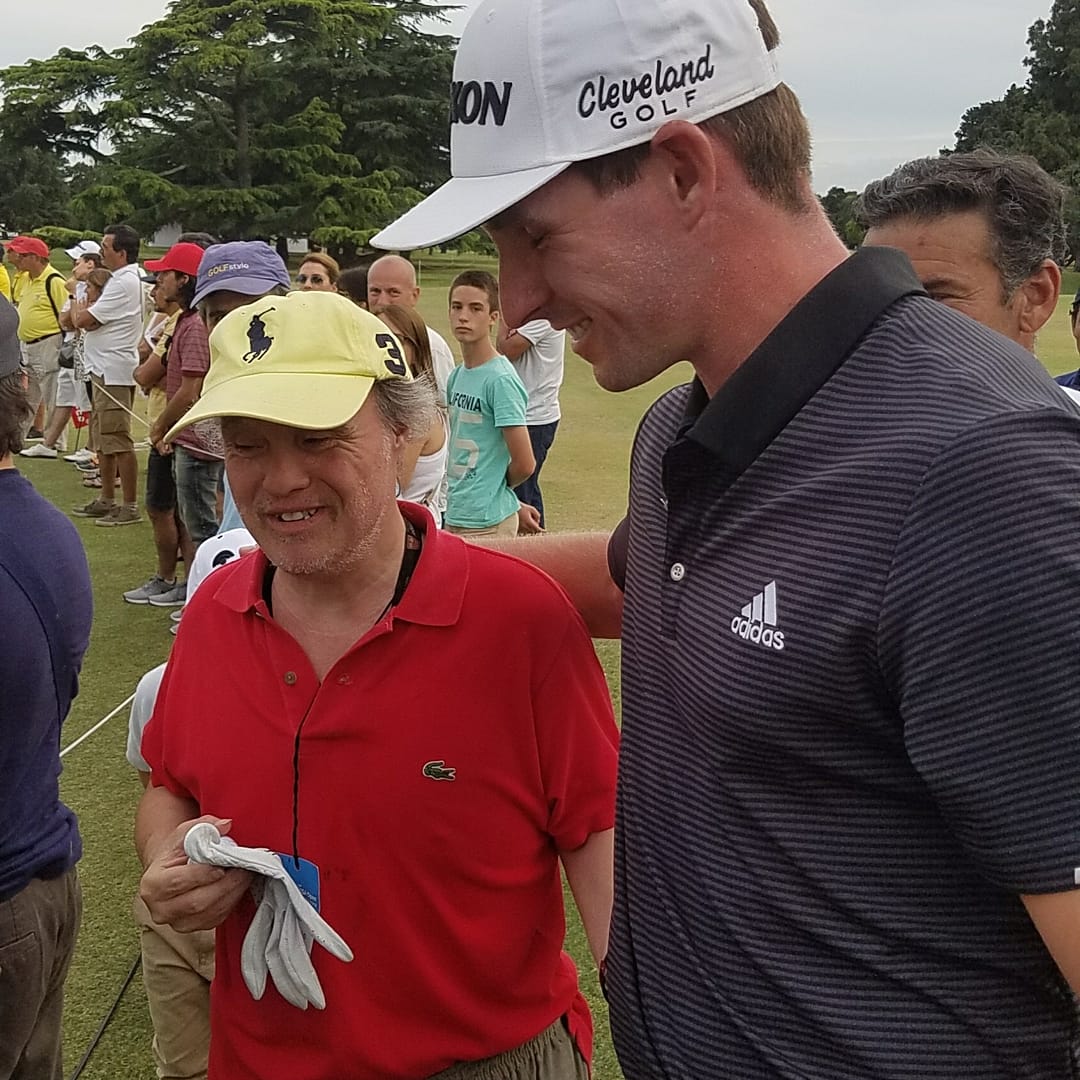 The heroic Brandon Matthews with his new fan from Buenos Aires! photo credit The Golf Channel.

“He was very happy,” Rivas added, referring to the fan. “His name is Juan. [Matthews said], ‘I am sorry. I hope you enjoyed the golf. This is for you. Thank you.’ That’s basically what he told him.”

“I was around mental disability growing up, and I have a soft spot in my heart for it. Those are really special people,” he said. “I felt so terrible that I was even upset. I just wanted to make sure that he didn’t feel bad.”

With Rivas helping to translate, Matthews met with the fan, gave him a hug and signed a glove.

Folks, that takes some humility to do that and also some love. In a world sorely in need of genuine, non-soyboy heroes, Matthews delivers. Recall, reader, that evil Iceland aborts 97% of all Down Syndrome babies yet here is a Down Syndrome golf fan, helping a down on his luck pro-golfer, see what is really important in this vale of Tears.

“Some things are bigger than golf,” he said, “and this was one of them.”

Amen, Brandon, we’ll be praying to Our Lady of Walsingham for you to make the tour!