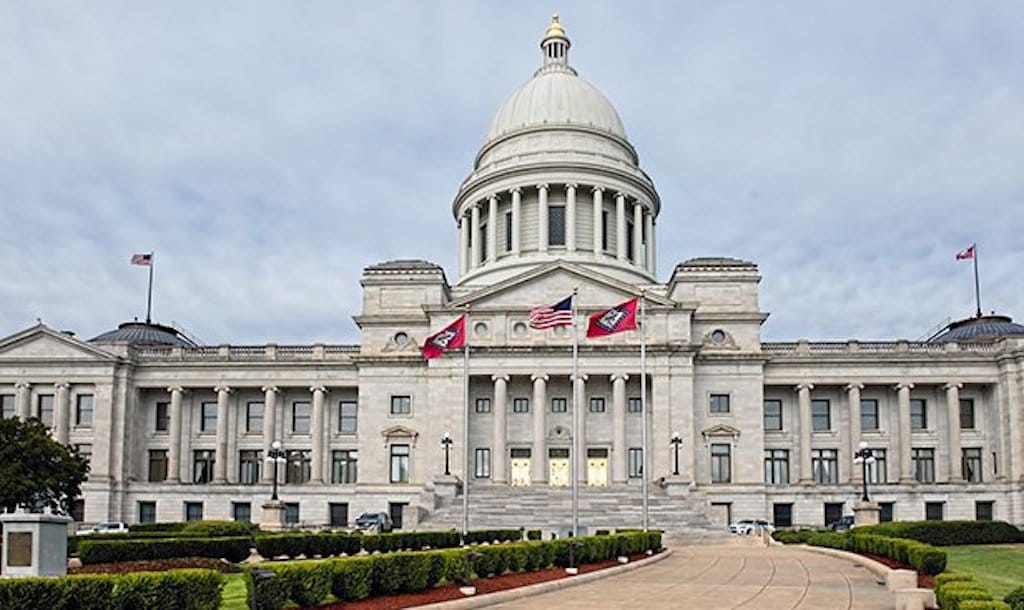 Arkansas ‘Stand Your Ground’ Bill Set To Become Law Via ABC7: Arkansas lawmakers passed the controversial ‘stand your ground’ bill 72-23 on the House floor Wednesday. The Republican-led measure, SB24, would allow an armed person to use deadly force if they believe they are in imminent danger. Currently, Arkansas law prohibits a person from using deadly force […] 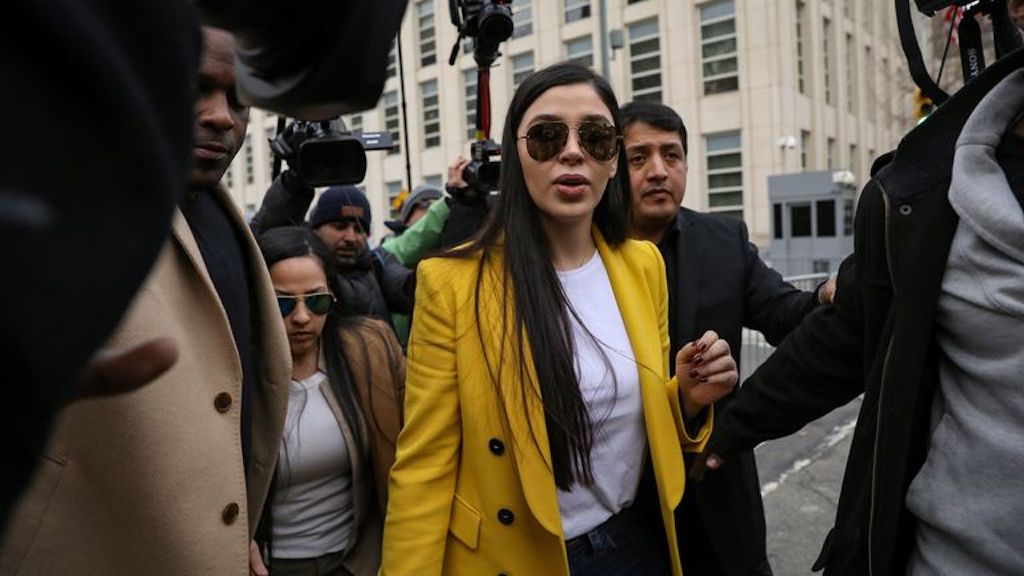 Wife Of Drug Kingpin ‘El Chapo’ Arrested On US Drug Charges Via AP News: The wife of Mexican drug kingpin Joaquin “El Chapo” Guzman was arrested Monday in the United States and accused of helping her husband run his multibillion-dollar cartel and plot his audacious escape from a Mexican prison in 2015. Emma Coronel Aispuro, […] 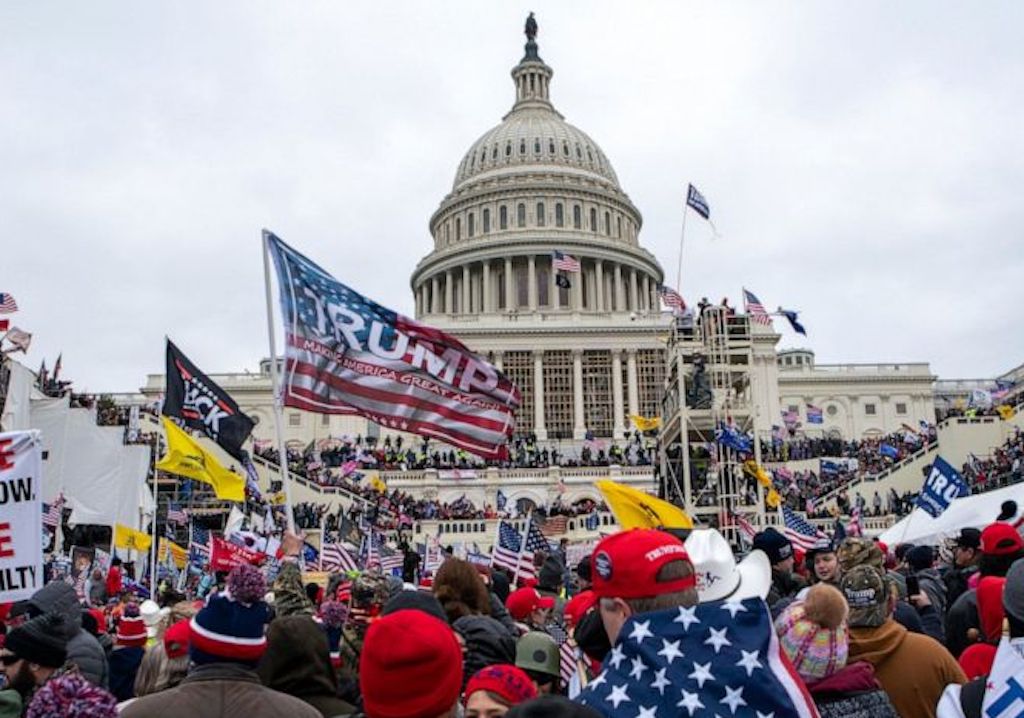 Ex-Military Are Miscast As Dangerous In Wake Of Capitol Riot, Veterans Claim Via Just The News:  In light of claims that American veterans used their military training to plan the Jan. 6 mayhem at the U.S. Capitol, former service members say they fear that veterans overall have been miscast — for political reasons, or to […] 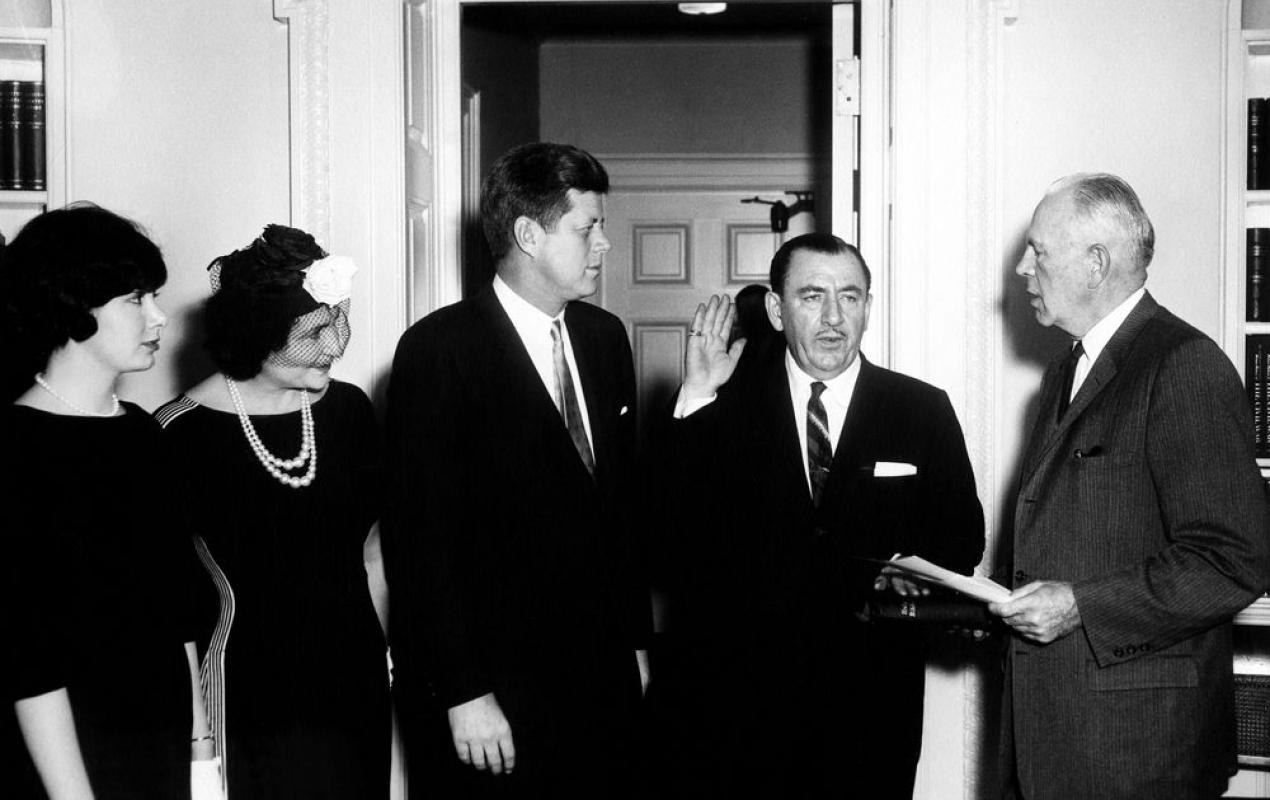 FBI Released Files From Kennedy-Era Investigation Into Nancy Pelosi’s Father Via Just The News: While Washington, D.C. was riveted Jan. 6 on events at the U.S. Capitol, the FBI quietly released a trove of files from an “urgent” — yet seemingly controlled — investigation 60 years ago into Nancy Pelosi’s father. The files reveal the […] 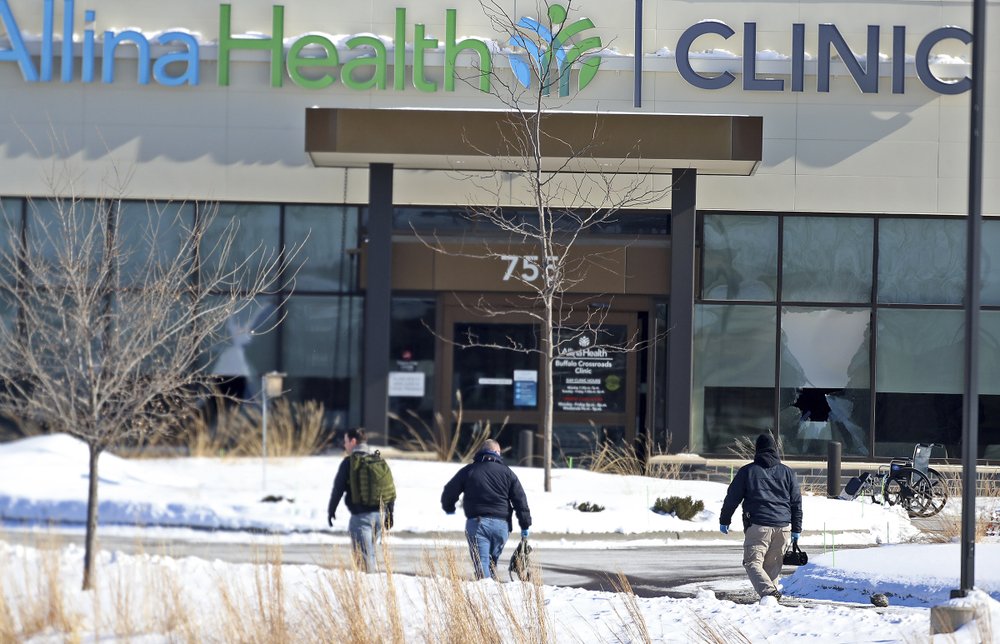 1 Dead, 4 Hurt In Minnesota Health Clinic Shooting; Man Held Via AP News: A 67-year-old man unhappy with the health care he’d received opened fire at a clinic Tuesday, killing one person and wounding four others, and bomb technicians were investigating a suspicious device left there and others at a motel where he was […] 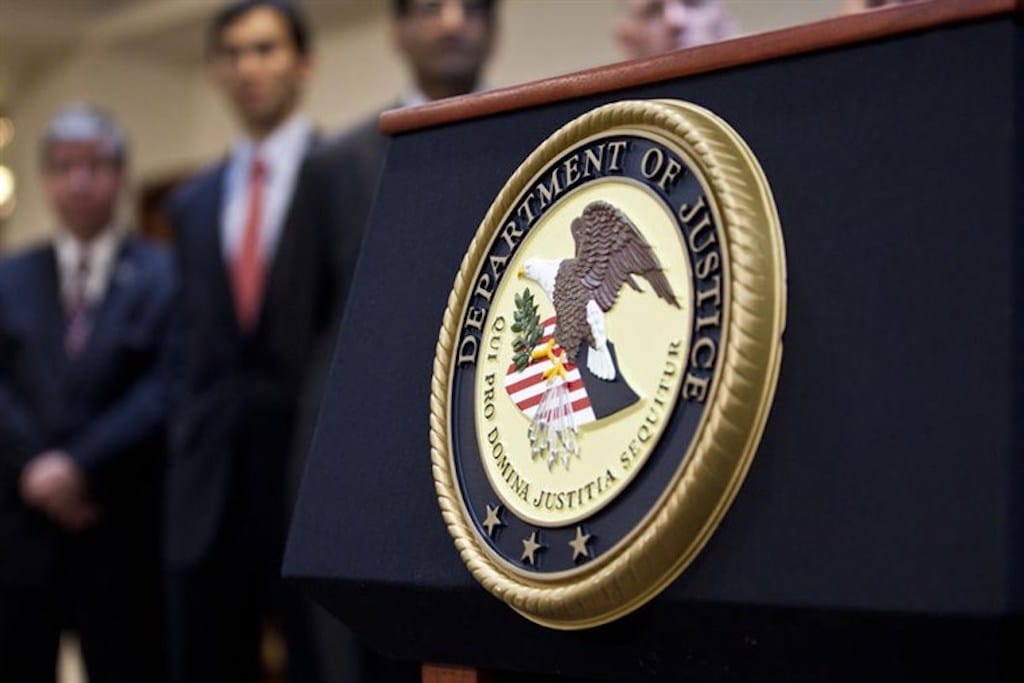 U.S. DOJ To Ask 56 Trump-Appointed Attorneys To Resign Via Reuters:  The U.S. Department of Justice, as soon as Tuesday, is expected to ask 56 attorneys appointed by former President Donald Trump to submit their resignations, CNN reported on Monday. The move is expected to spare two top prosecutors in Delaware and Connecticut overseeing two […] 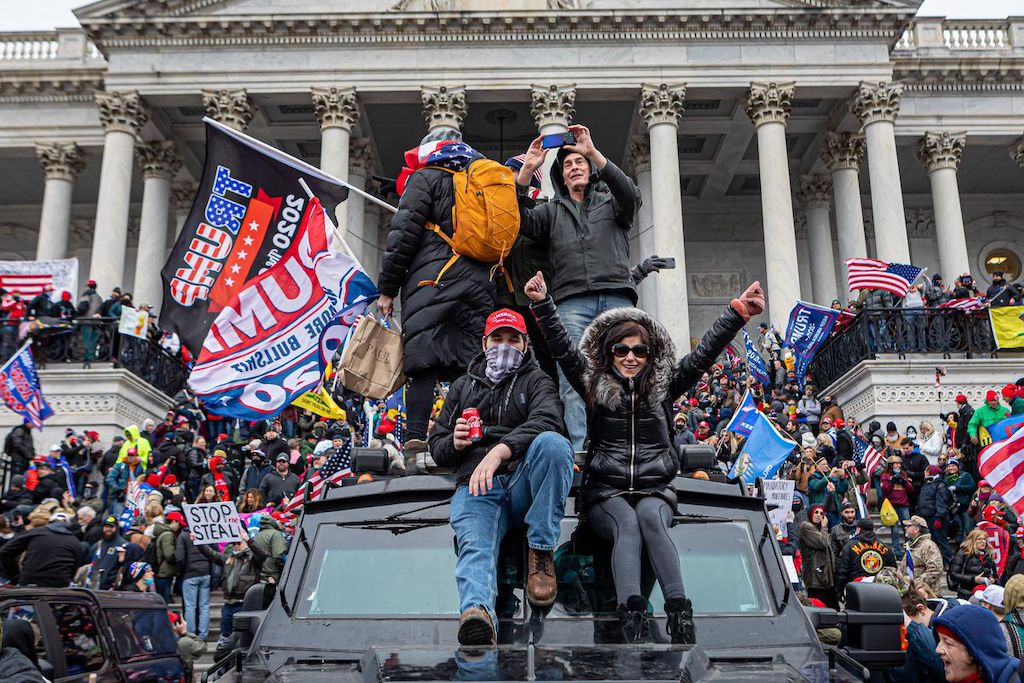 Growing Evidence Capitol Attack Was Pre-Planned As 2nd Impeachment Begins Via Just The News: Days before former President Trump’s impeachment trial begins, newly filed federal charges against anti-government activists offer fresh, compelling evidence that the accused perpetrators of the Capitol riots pre-planned their attack days and weeks in advance and in plain sight of an […]

Security Ramped Up In Tampa Ahead Of Super Bowl LV 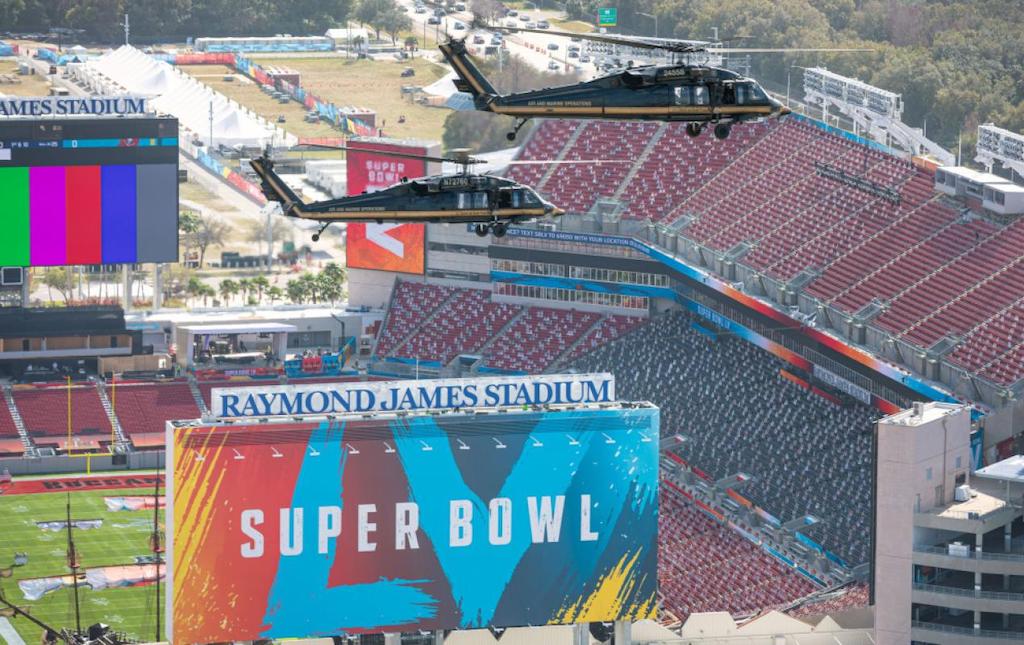 Security Ramped Up In Tampa Ahead Of Super Bowl LV Via Just The News: In the first major American sporting event since the U.S. Capitol was breached on Jan. 6, more than a dozen law enforcement agencies have teamed up to maintain security on Sunday at Super Bowl 55, officials said. “We’ve been working hard […] 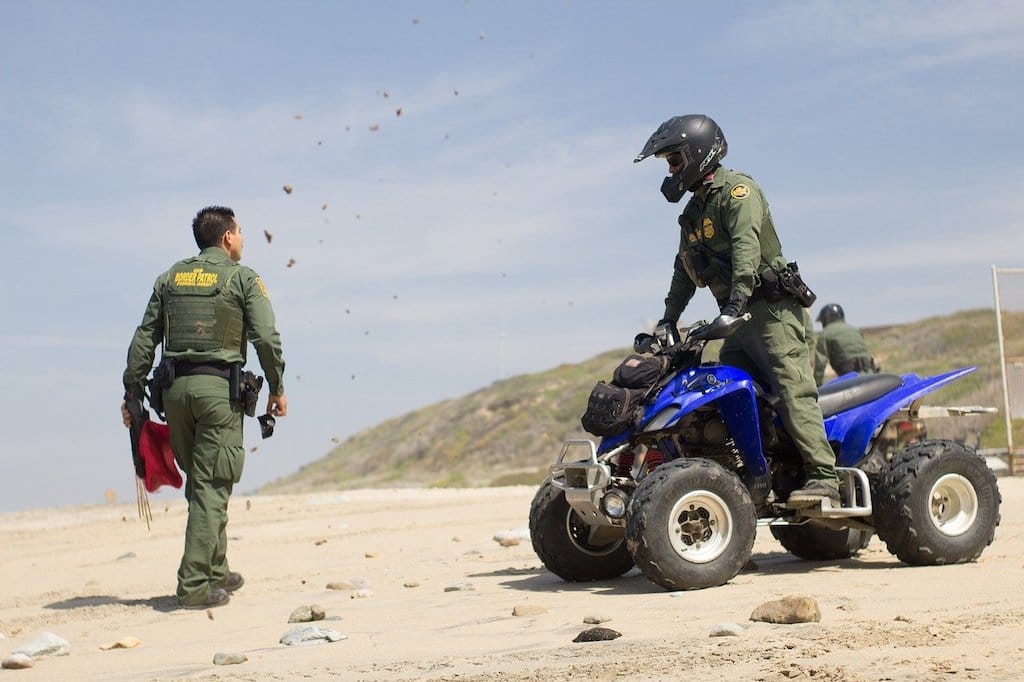 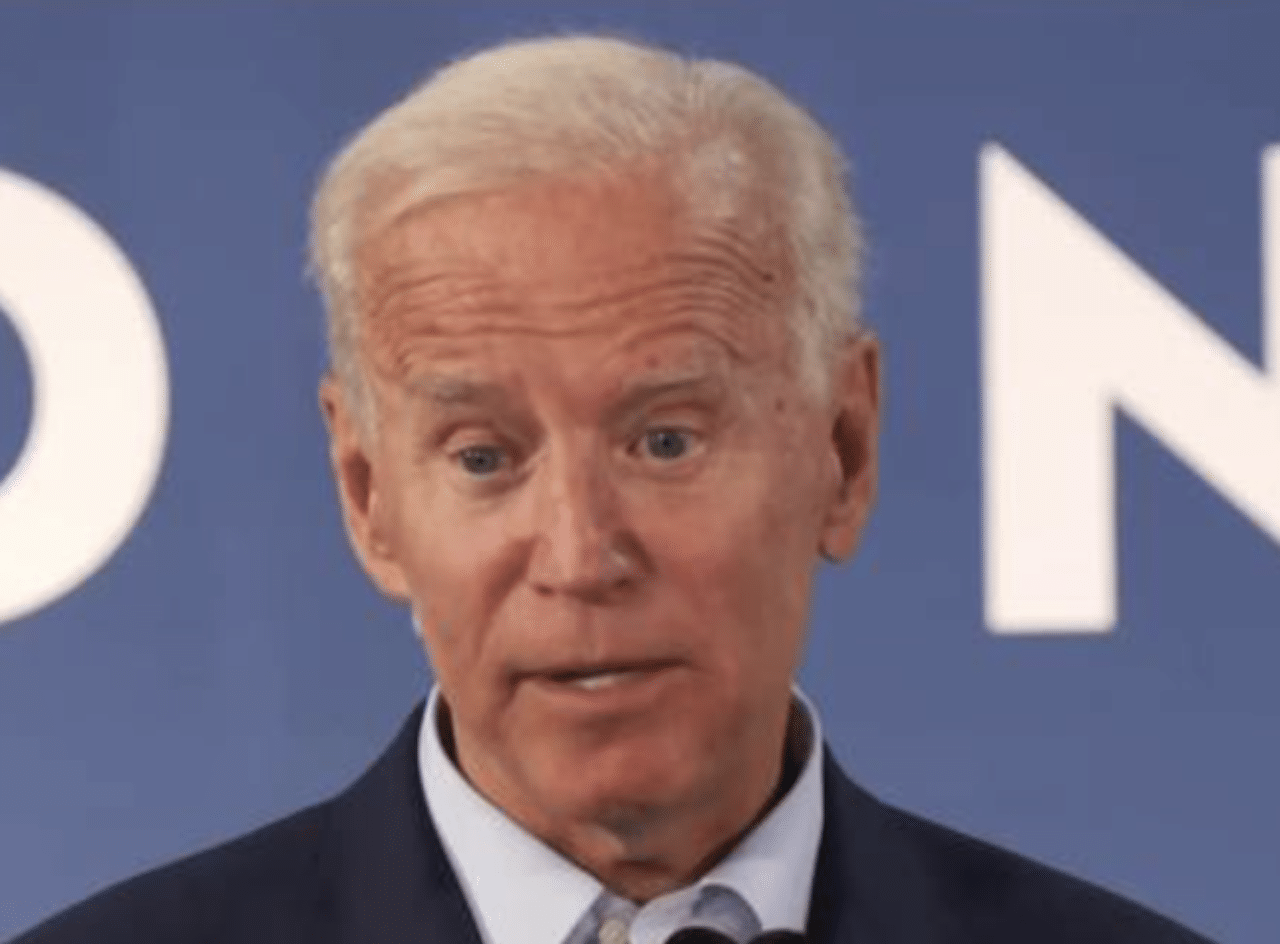 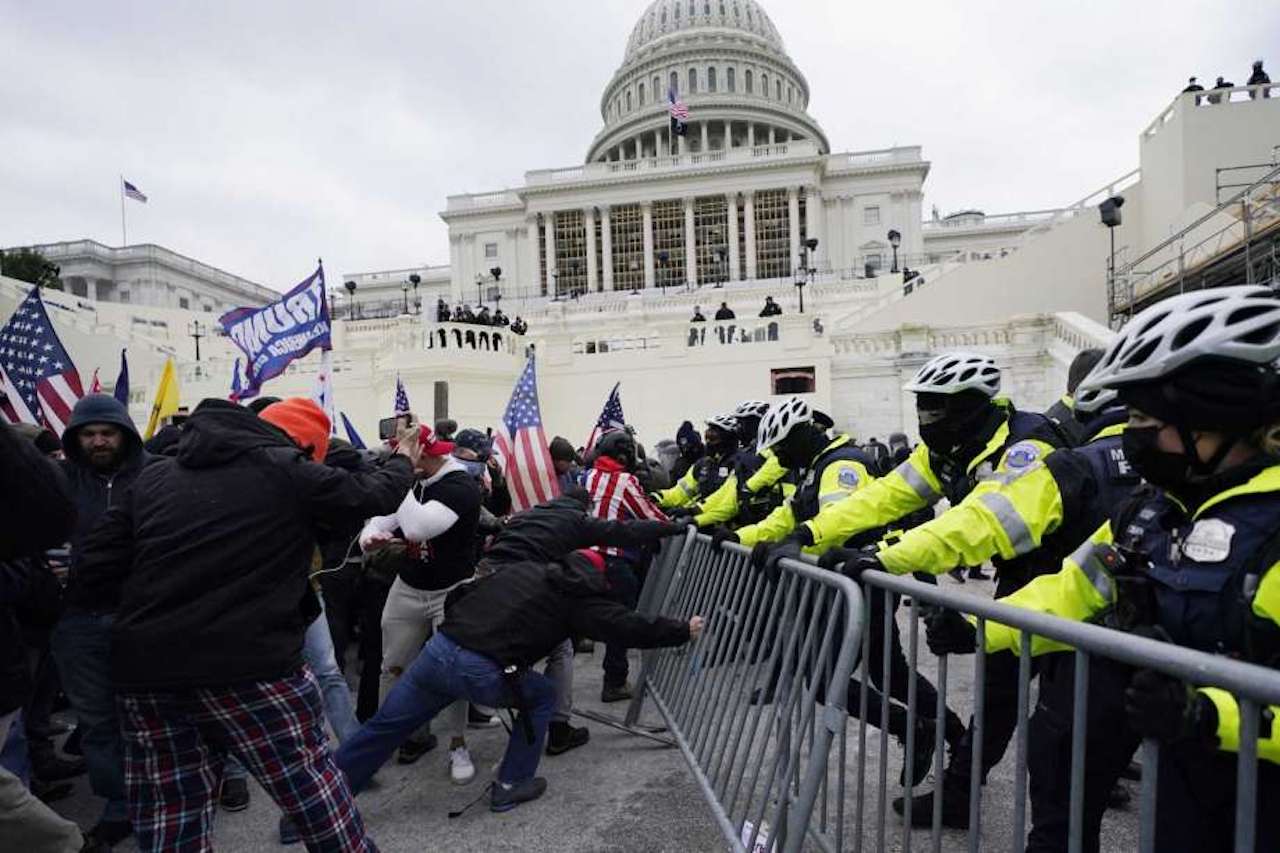 Growing Evidence Capitol Assault Was Planned Weakens Incitement Case Against Trump Via Just The News: Growing evidence of advance planning and coordination of the Jan. 6 storming of the Capitol undermines claims that the rioters were responding spontaneously to former President Trump’s speech to supporters about a mile and a half away, according to legal […] 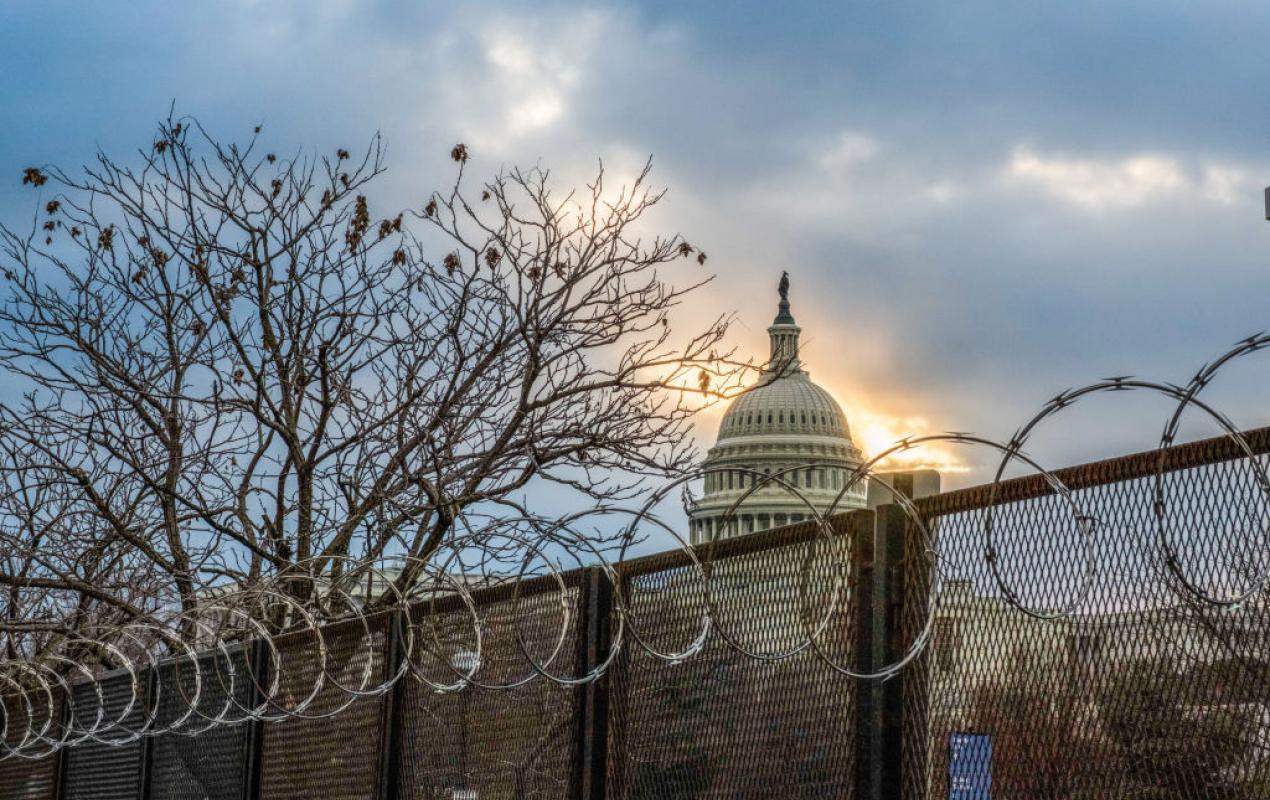 Capitol Police Chief Says Capitol Security Necessitates ‘Permanent Fencing’ Via Just The News: Acting U.S. Capitol Police Chief Yogananda Pittman said in a statement on Thursday that “permanent fencing” is necessary to protect the Capitol. “In light of recent events, I can unequivocally say that vast improvements to the physical security infrastructure must be made to include permanent […] 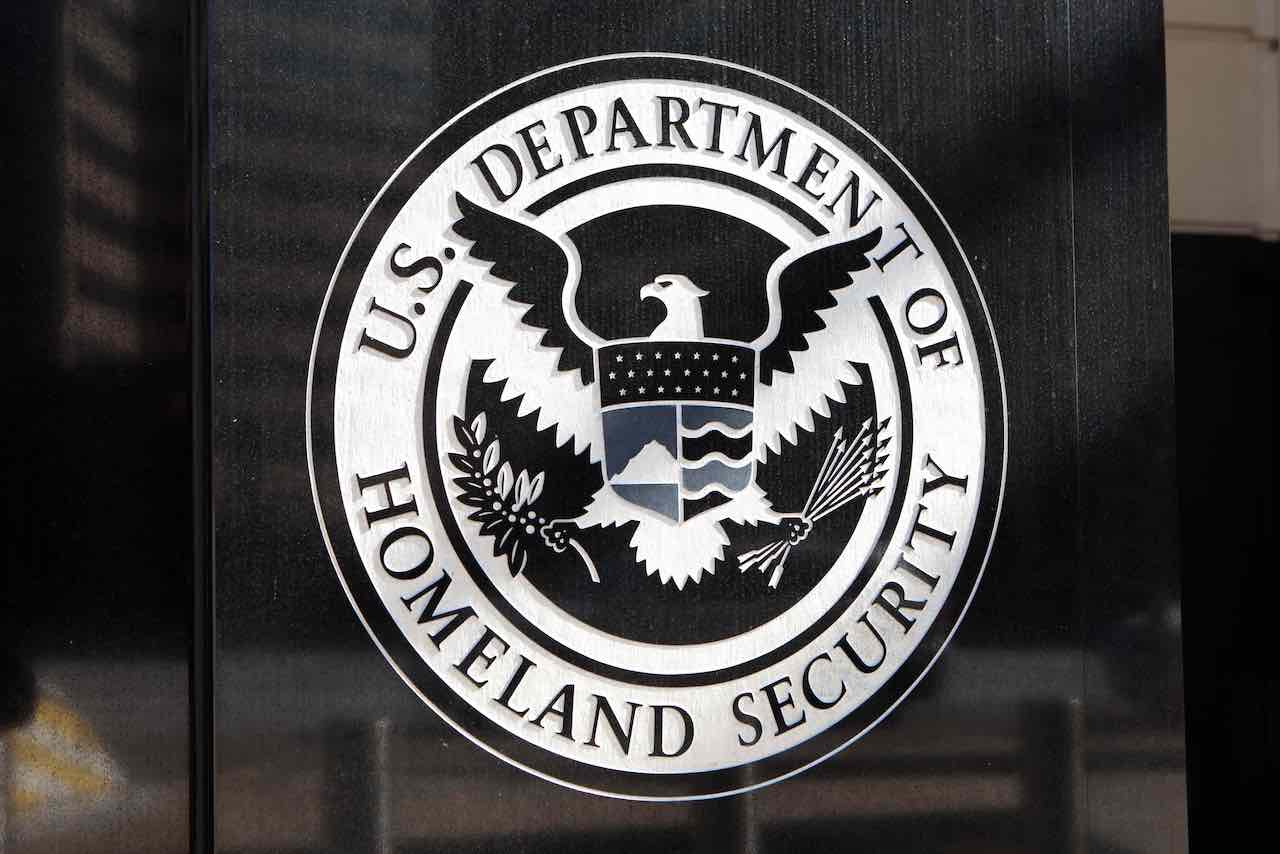 US Terrorism Alert Warns Of Politically Motivated Violence Via AP News: The Department of Homeland Security issued a national terrorism bulletin Wednesday warning of the lingering potential for violence from people motivated by antigovernment sentiment after President Joe Biden’s election, suggesting the Jan. 6 riot at the Capitol may embolden extremists and set the stage […] 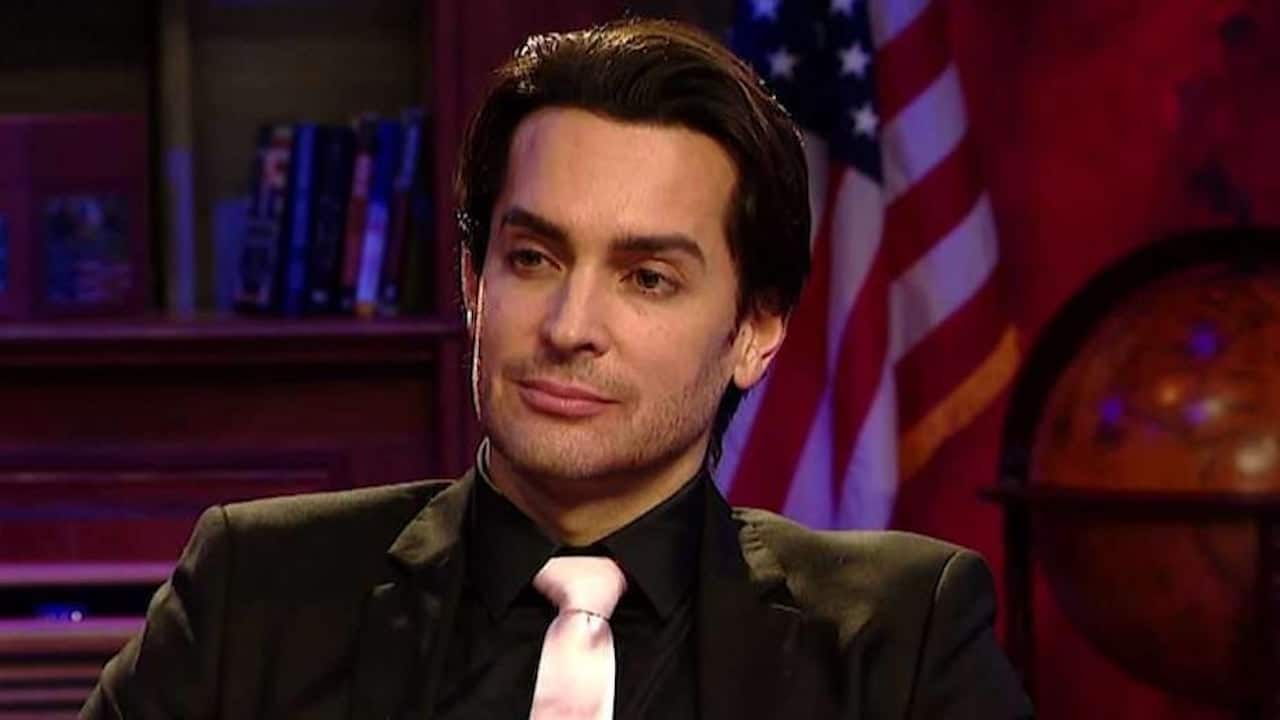 ‘Walk Away’ Founder Brandon Straka Charged In Capitol Riot Via Washington Times: Federal prosecutors on Monday filed charges against one of the speakers at former President Trump’s Stop the Steal rally, which occurred moments before a violent pro-Trump mob stormed the U.S. Capitol. Brandon Straka, 44, of Omaha, Nebraska, is the first speaker at the […]

DNI Ratcliffe Concludes China ‘Sought To Influence’ America’s 2020 Federal Elections Via Just The News: Director of National Intelligence John Ratcliffe has assessed that China “sought to influence” America’s 2020 national elections, according to a document made public Sunday. “From my unique vantage point as the individual who consumes all of the U.S. government’s most sensitive intelligence […]

Woman Accused Of Theft From Speaker Pelosi’s Office During Riot 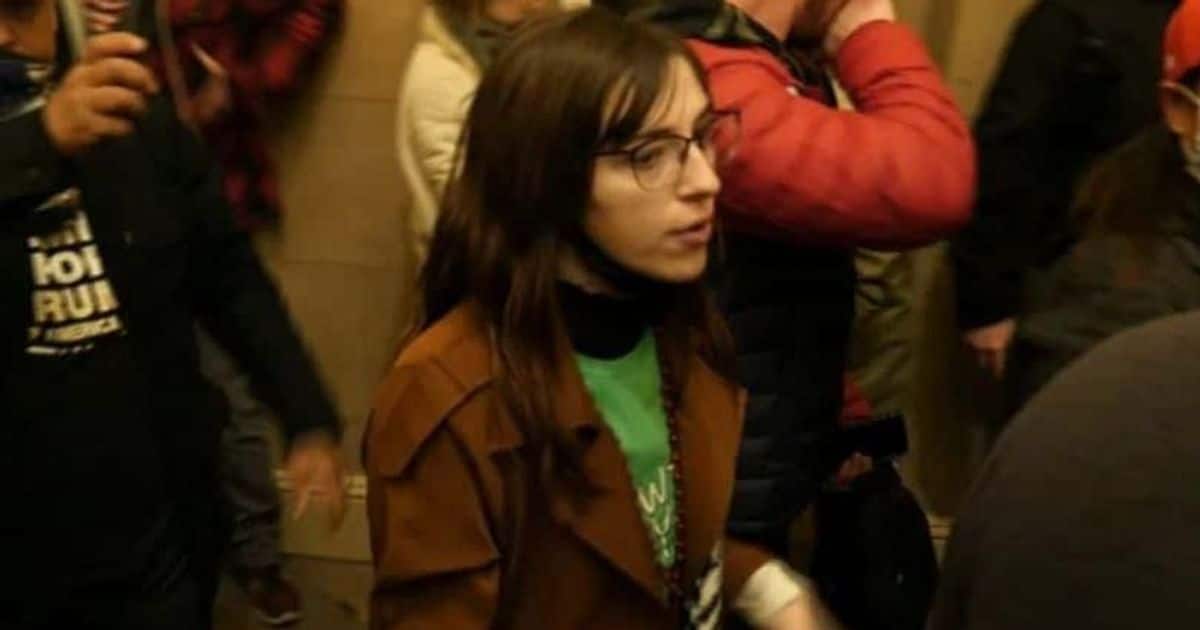 Woman Accused Of Theft From Speaker Pelosi’s Office During Riot Via AP News: Federal authorities arrested a woman whose former romantic partner says she took a laptop from House Speaker Nancy Pelosi’s office during the riot at the U.S. Capitol earlier this month. Riley June Williams was arrested Monday, according to a Justice Department official. […] 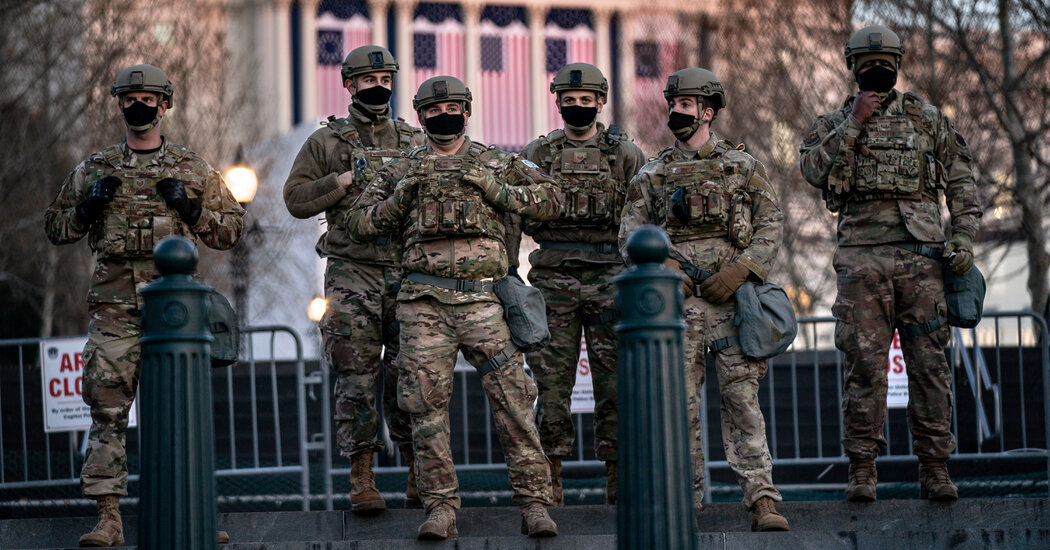 FBI Vetting Guard Troops In DC Amid Fears Of Insider Attack Via AP News: U.S. defense officials say they are worried about an insider attack or other threat from service members involved in securing President-elect Joe Biden’s inauguration, prompting the FBI to vet all of the 25,000 National Guard troops coming into Washington for the […] 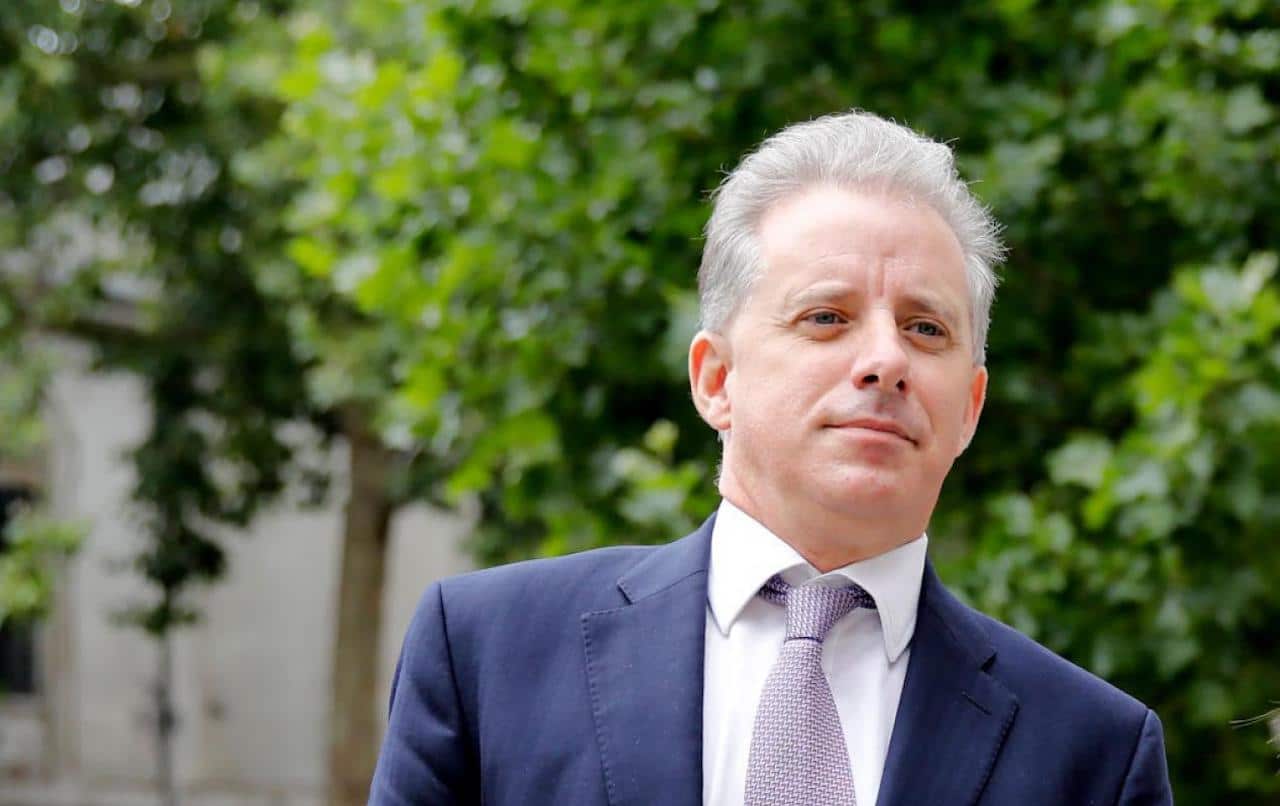 President Trump Declassifying Trove Of FBI Memos Exposing Steele’s Motivations Via Just The News: Delivering in his final days on one of his last unfulfilled promises, President Trump is declassifying a massive trove of FBI documents showing the Russia collusion story was leaked in the final weeks of the 2016 election in an effort to […]

Off-Duty Cops, Other Officials Face Persecution After Rallying for Trump In D.C 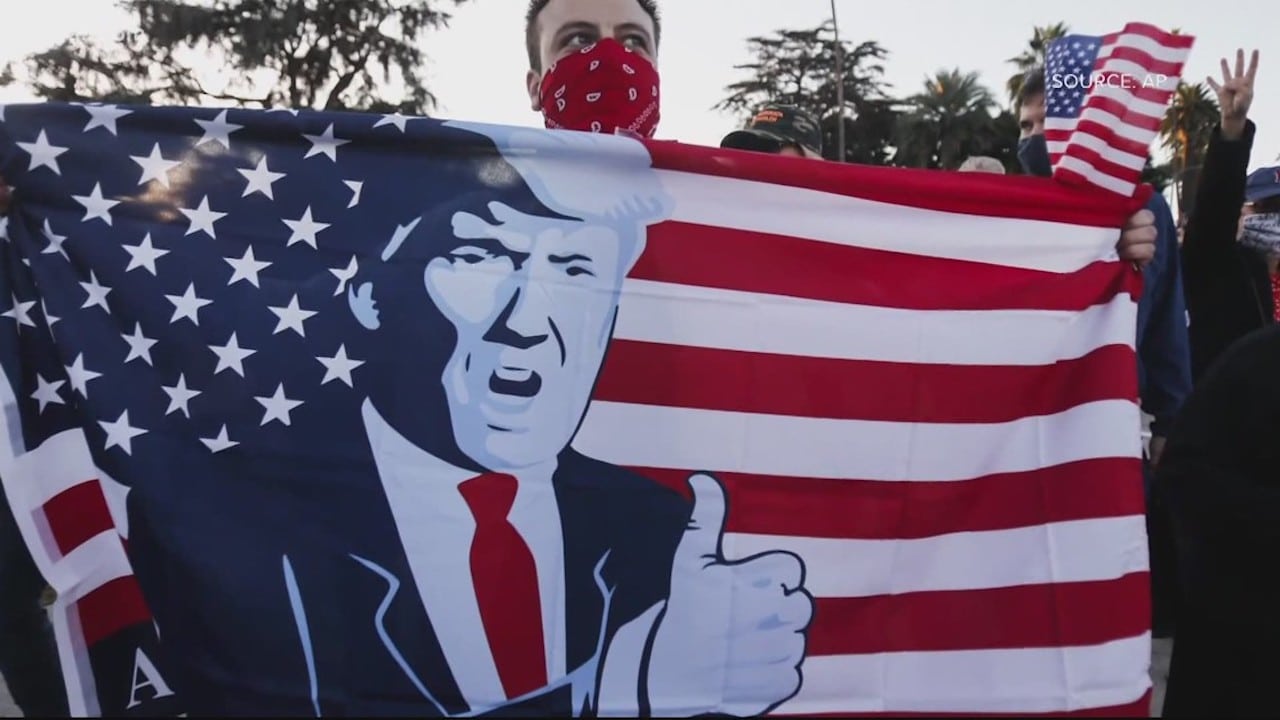 Off-Duty Cops, Other Officials Face Persecution After Rallying for Trump In D.C Via Reuters: As rioters scaled scaffolding outside the U.S. Capitol, Roxanne Mathai held up her cell phone to record the sea of supporters of President Donald Trump storming America’s bastion of democracy. “We’re going in,” said the 46-year-old Texas jailer, “tear gas and […] 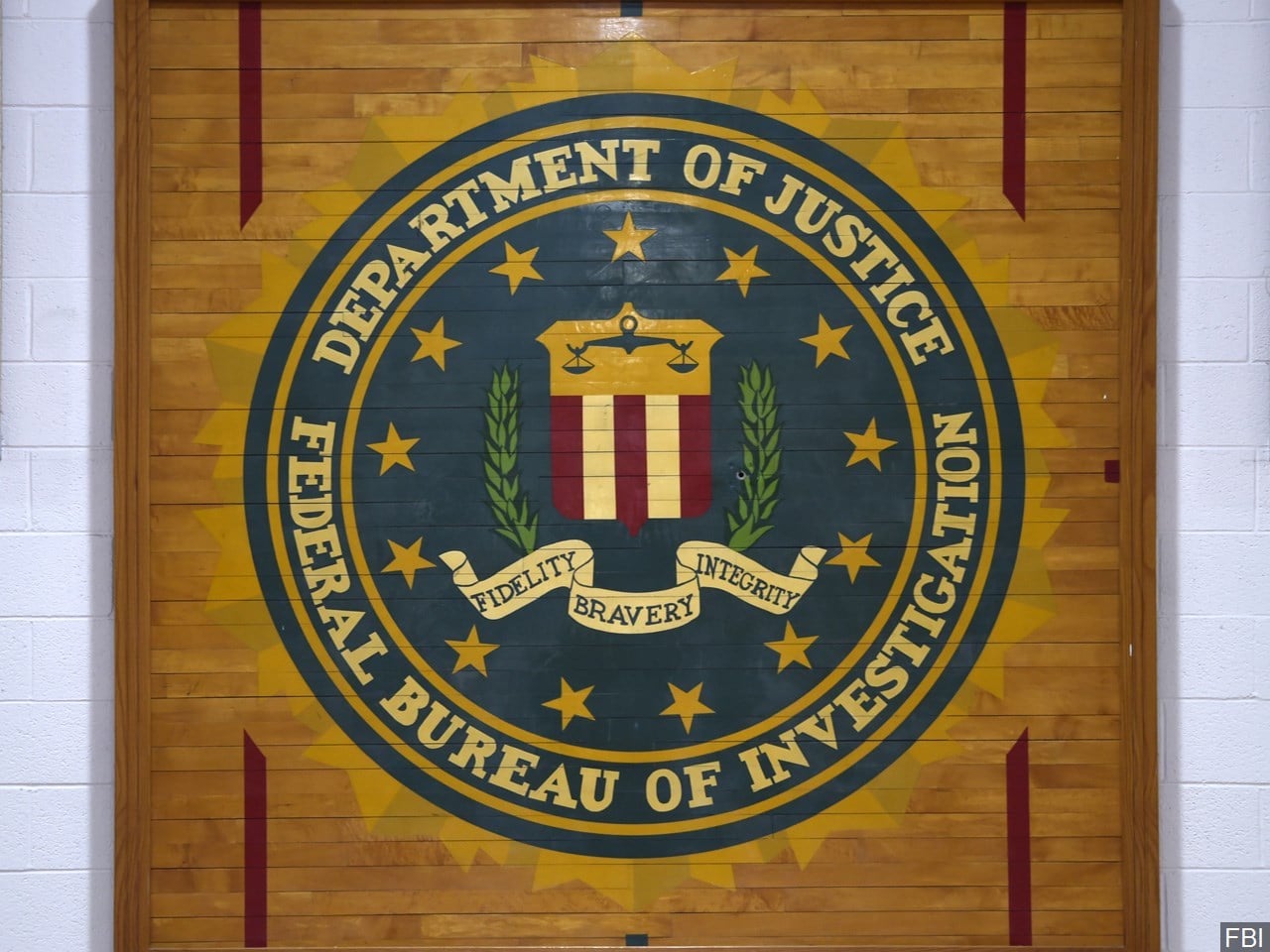 FBI Warns Of Armed Protests Ahead Of Inauguration Via Reuters: The FBI has warned of armed protests being planned for Washington and all 50 U.S. state capitals in the run-up to President-elect Joe Biden’s Jan. 20 inauguration, a federal law enforcement source said on Monday. Threatened with more violence from outgoing President Donald Trump’s supporters […]

Outgoing U.S. Capitol Police Chief Says His Effort To Get Help Was Thwarted 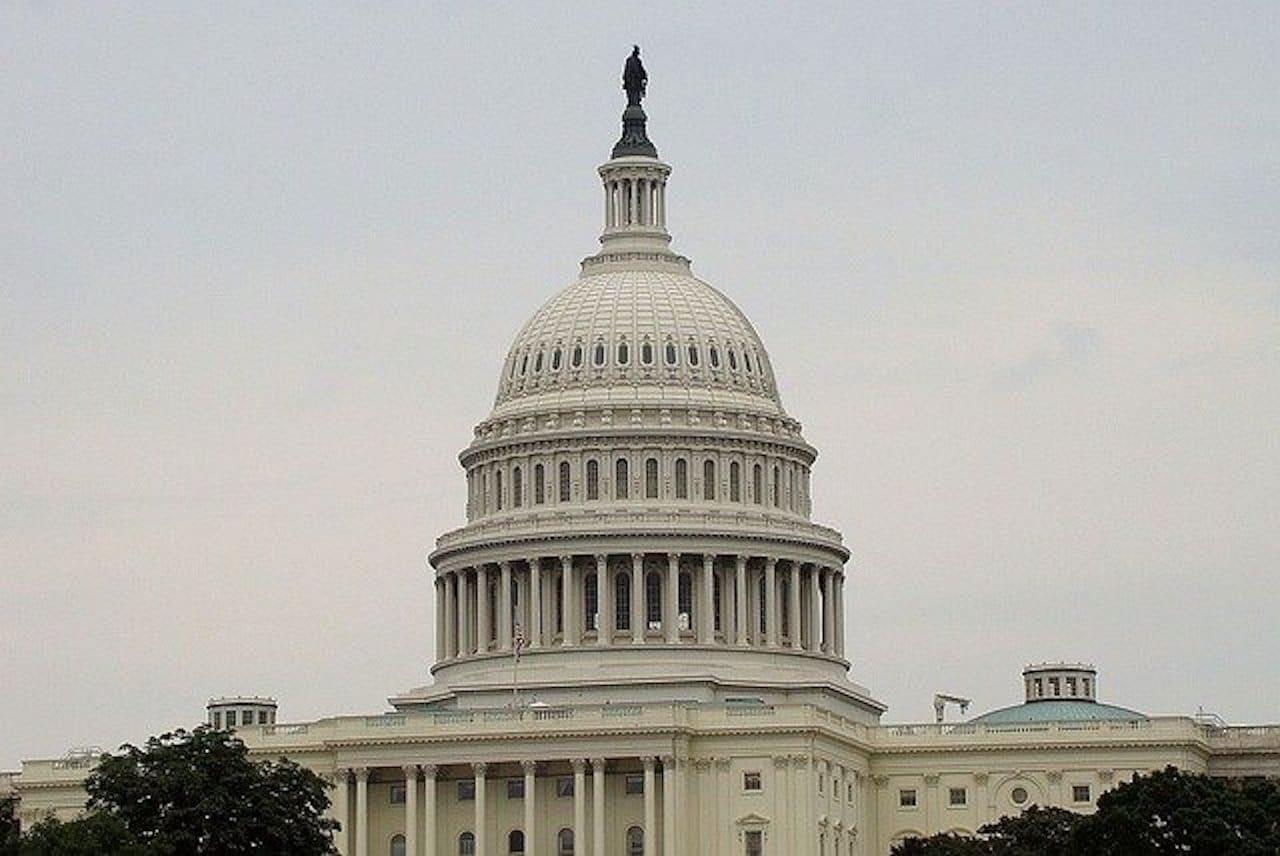 Outgoing U.S. Capitol Police Chief Says His Effort To Get Help Was Thwarted Via Reuters: The outgoing chief of the U.S. Capitol Police said House of Representatives and Senate security officials had thwarted his efforts to call in the National Guard, contradicting assertions from other officials who said the force had not asked for help. […] 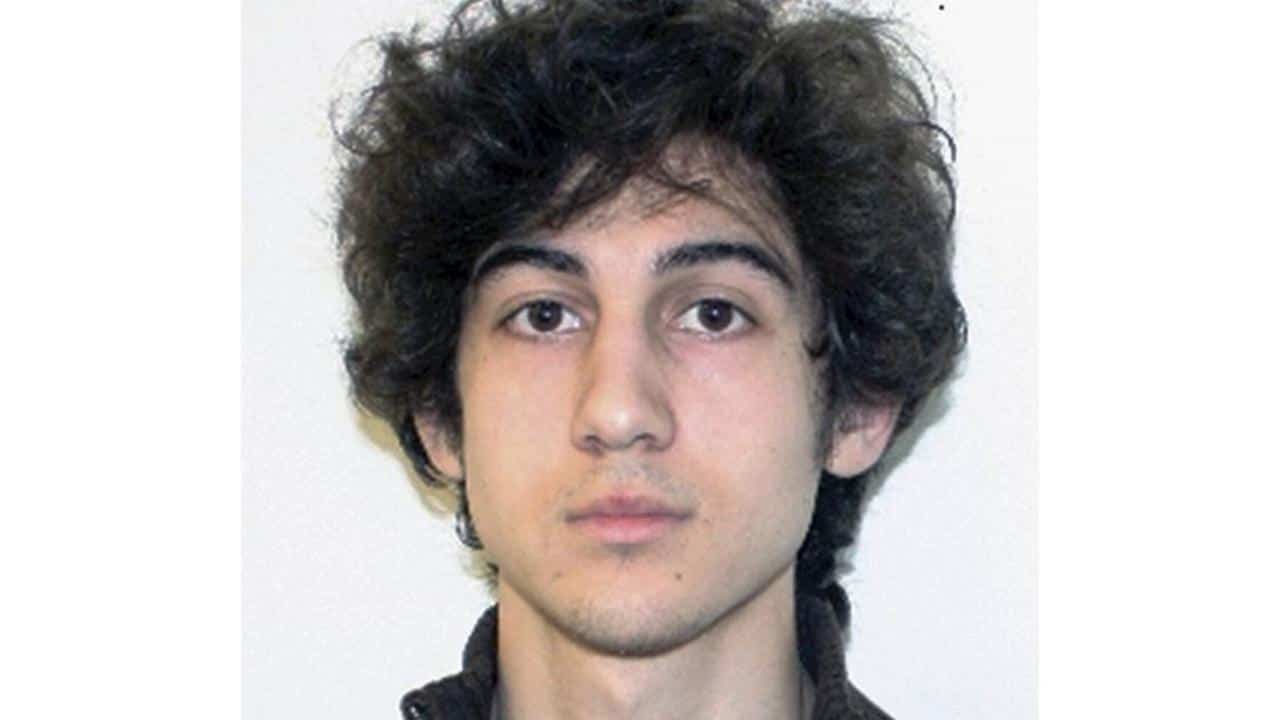 Boston Marathon Bomber Sues Over Ballcap, Showers In Prison Via AP News: Boston Marathon bomber Dzhokhar Tsarnaev has sued the federal government for $250,000 over his treatment at the Colorado prison where he is serving a life sentence. Tsarnaev, 26, calls his treatment in the handwritten suit filed Monday “unlawful, unreasonable and discriminatory.” He cites […]

No Charges Against Wisconsin Officer Who Shot Jacob Blake 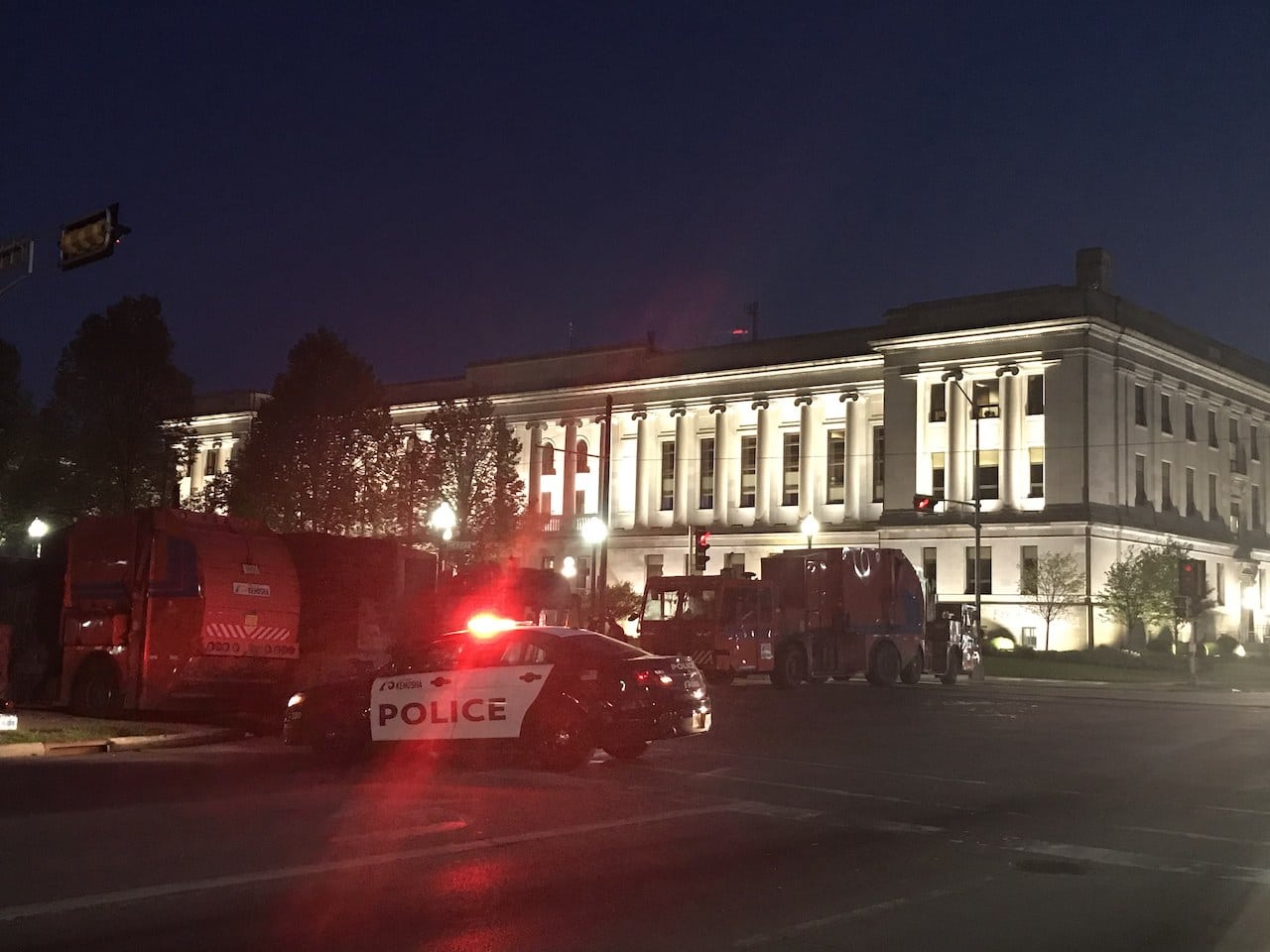 No Charges Against Wisconsin Officer Who Shot Jacob Blake Via AP News: A Wisconsin prosecutor declined Tuesday to file charges against a white police officer who shot a Black man in the back in Kenosha, concluding he couldn’t disprove the officer’s contention that he acted in self-defense because he feared the man would stab him. […] 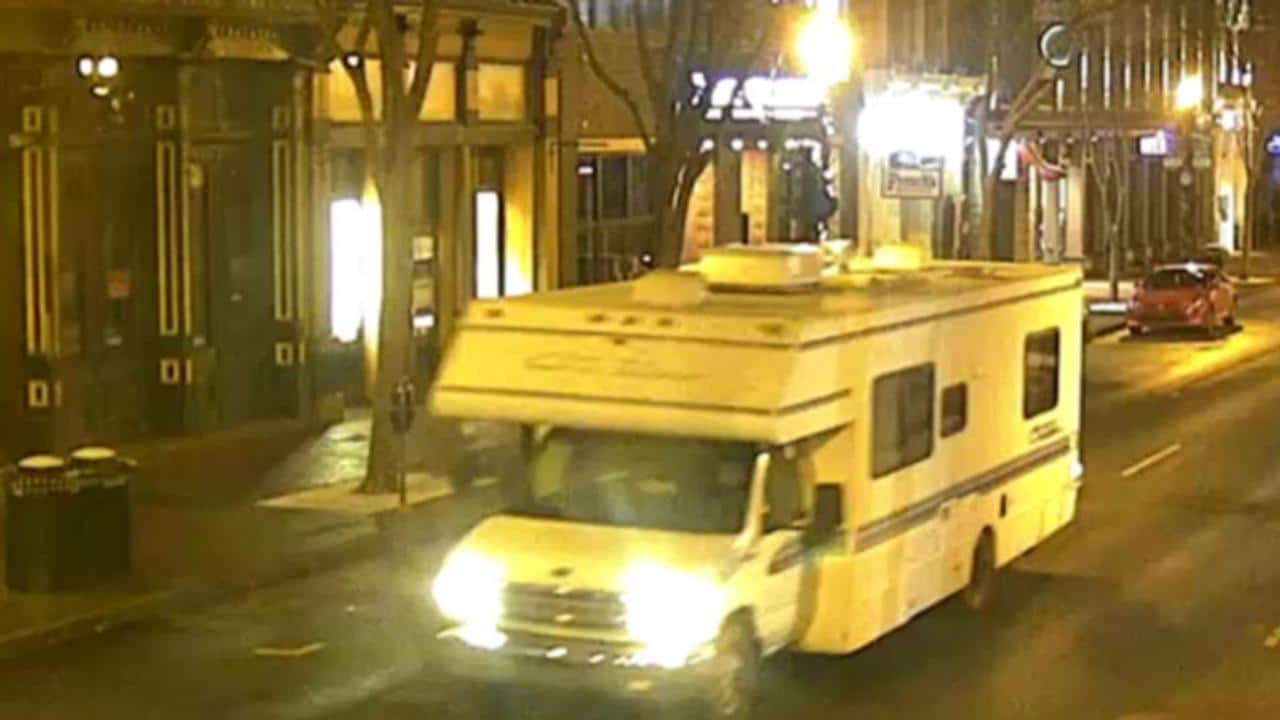 FBI: Nashville Bomber Sent Material To ‘Acquaintances’ Via AP News: Before he blew himself up in a Christmas Day attack that devastated blocks of downtown Nashville, Anthony Warner sent materials about his views to people he knew, federal investigators said Saturday. In a statement to The Associated Press, FBI Special Agent Jason Pack said authorities […] 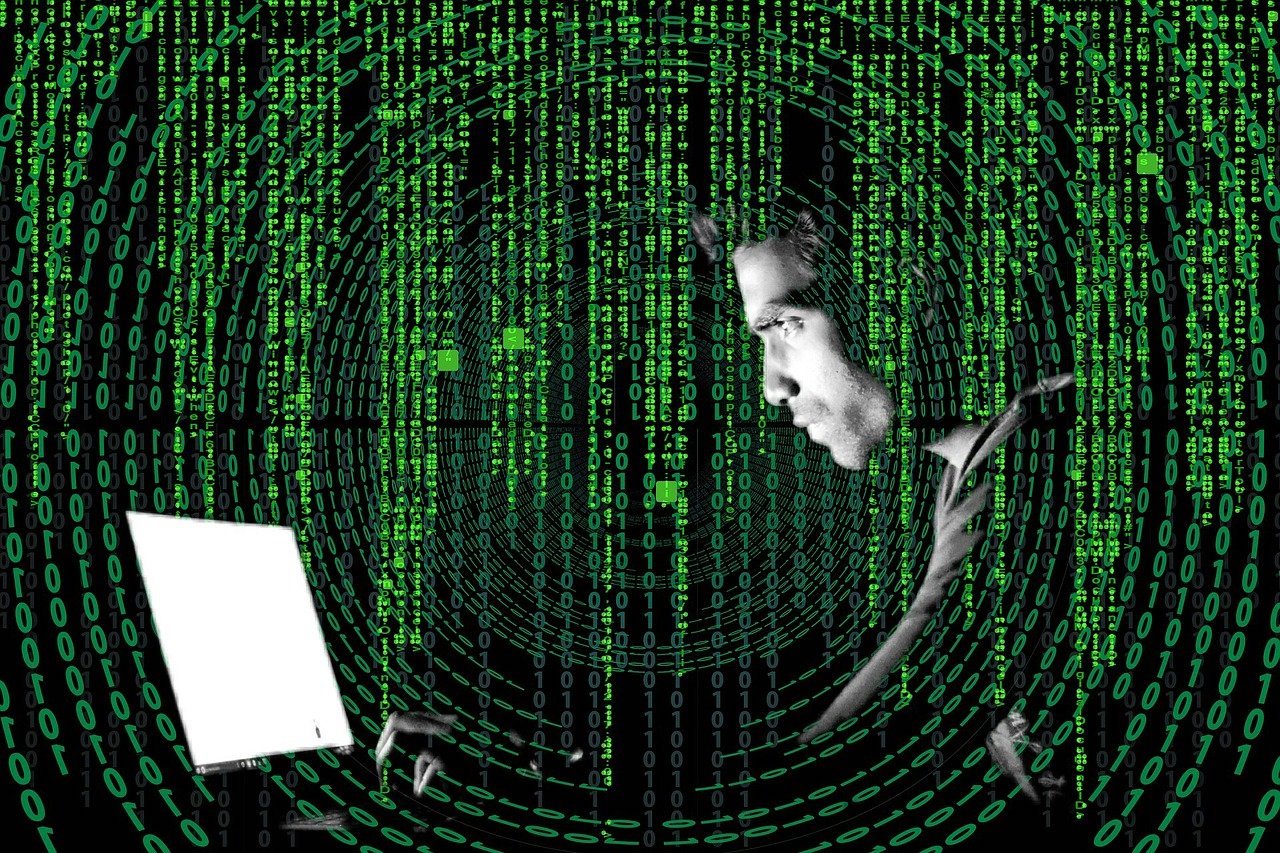 ‘Dozens Of Email Accounts’ Were Hacked At U.S. Treasury -Senator Wyden Via Reuters: Dozens of email accounts at the U.S. Treasury Department were compromised by the powerful hackers responsible for a wide-ranging espionage campaign against U.S. government agencies, the office of U.S. Senator Ron Wyden said on Monday. In a written statement, Wyden’s office said […] 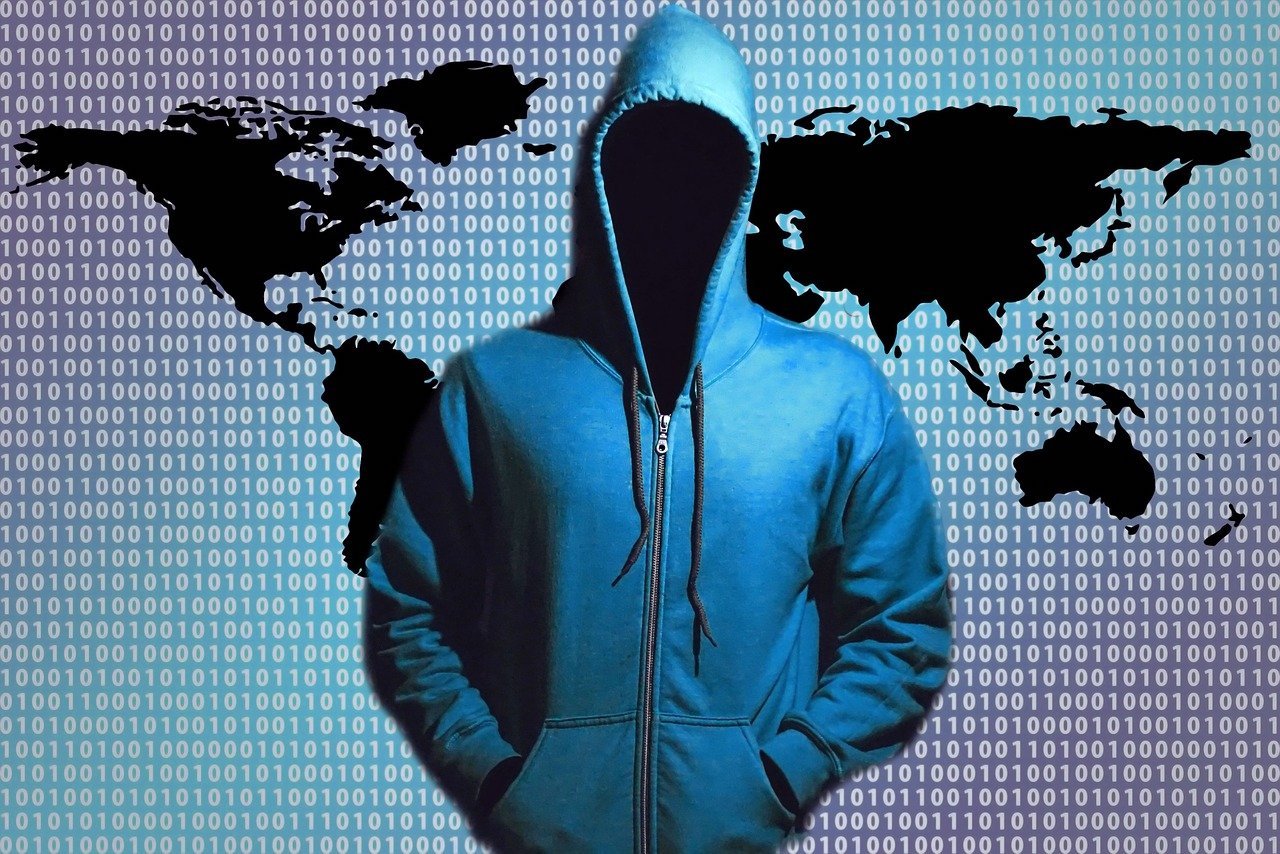 U.S. Cybersecurity Officials Warn Of ‘Grave’ Threat From Recent, Worldwide Hack Via Just The News: U.S. authorities on Thursday expressed growing concern about an attack into computer systems worldwide that they suspect was carried out by Russia. The cybersecurity unit of the Department of Homeland Security said the hack “poses a grave risk to the Federal Government and state, local, tribal, […] 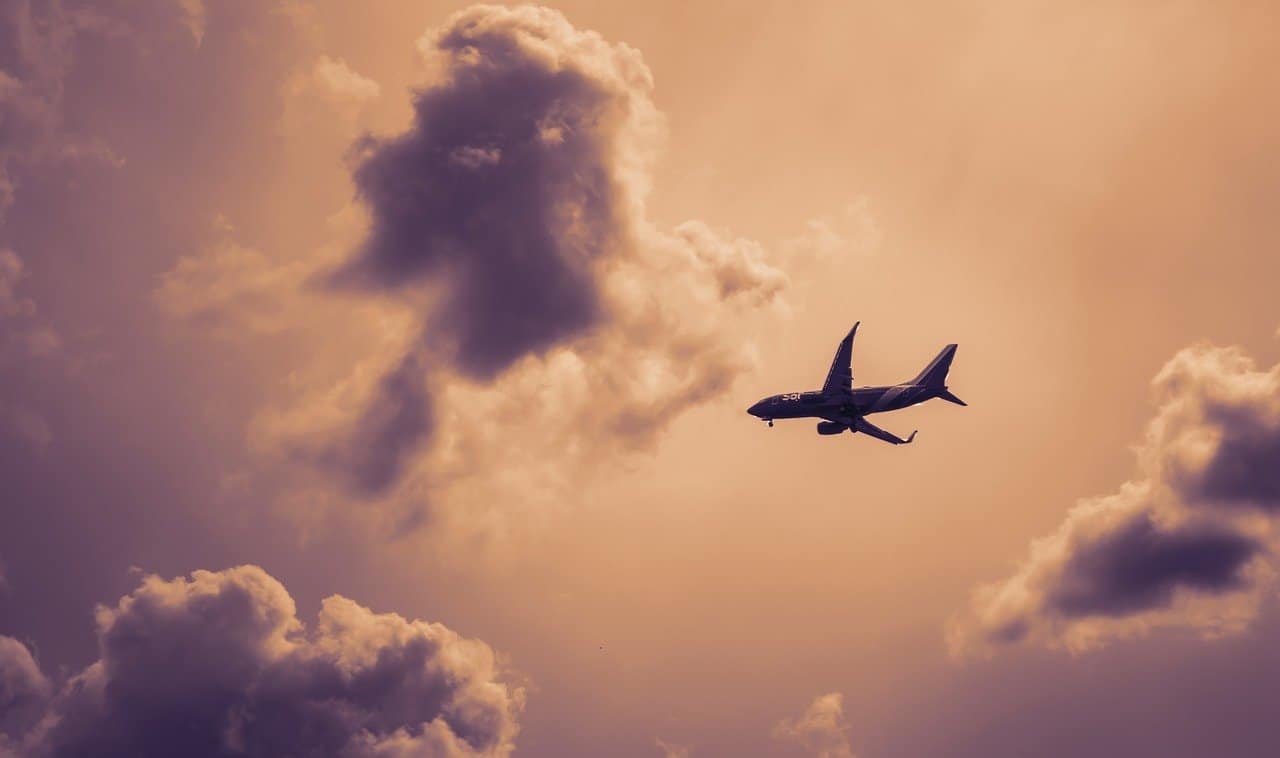 Kenyan Planned 9/11-Style Attack In U.S. After Training As Pilot, Report Via Just The News: Federal prosecutors have charged a Kenyan man with plotting a Sept. 11-style attack on a building in an U.S. city, according to news report Wednesday. The charges were included in newly unsealed federal indictment in Manhattan, on which The New York Times reported.  […] 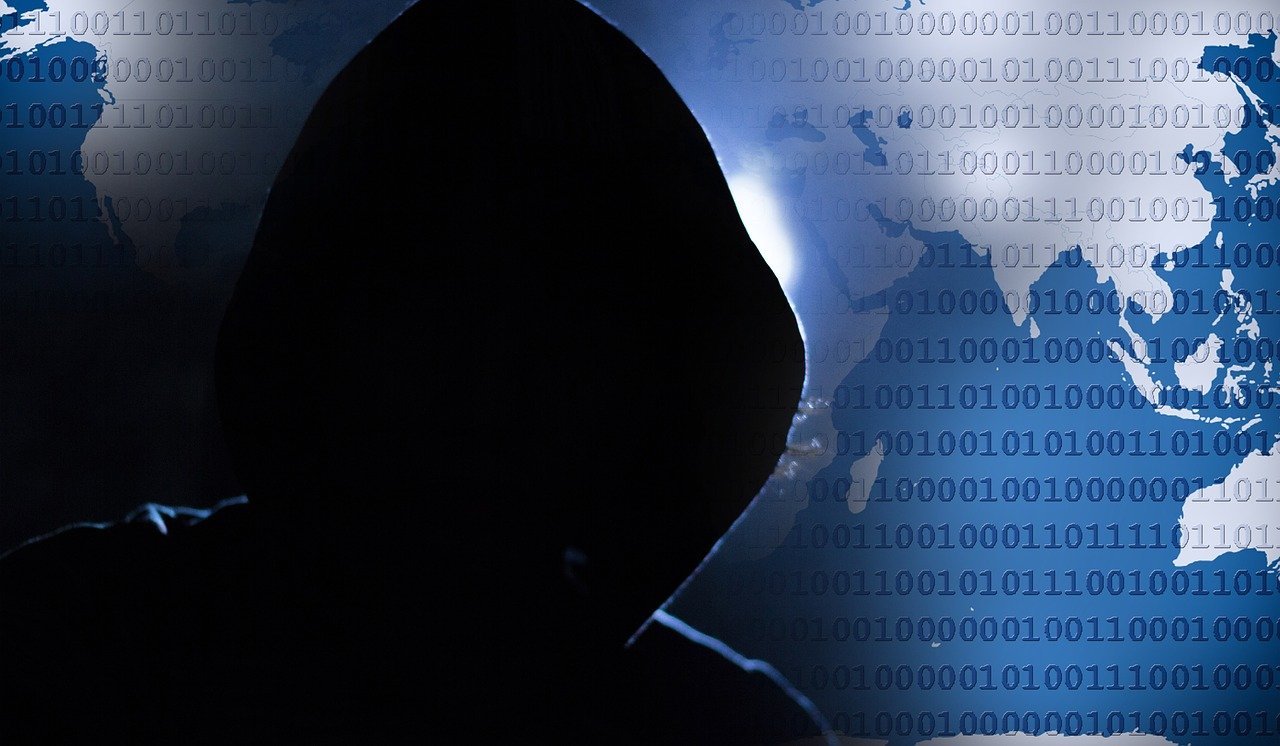 US Agencies Hacked In Monthslong Global Cyberspying Campaign Via AP News: U.S. government agencies were ordered to scour their networks for malware and disconnect potentially compromised servers after authorities learned that the Treasury and Commerce departments were hacked in a monthslong global cyberespionage campaign discovered when a prominent cybersecurity firm learned it had been breached. […]

Most Voters Think For Foreign Powers Are Trying To Influence Election 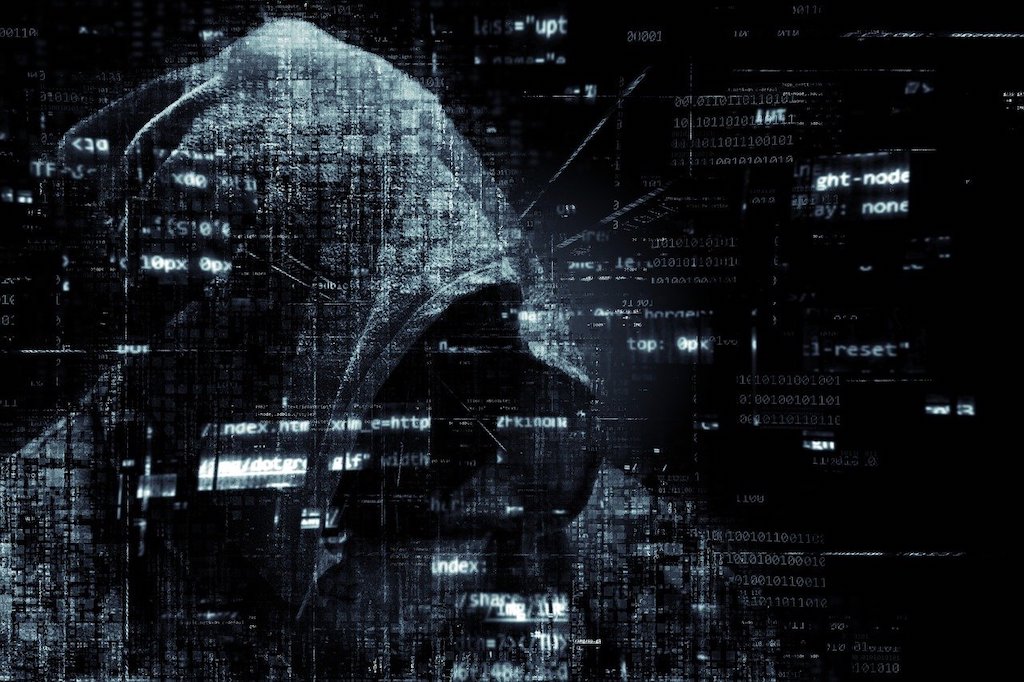 Most Voters Think For Foreign Powers Are Trying To Influence Election Via YouGov: Following reports from Microsoft that it had blocked cyberattacks from Russia, China and Iran on the presidential campaigns, the latest Economist/YouGov poll finds that most registered voters think all three countries are trying to influence the election.  Three quarters of registered voters say they believe Russia is trying to manipulate the outcome, as […] 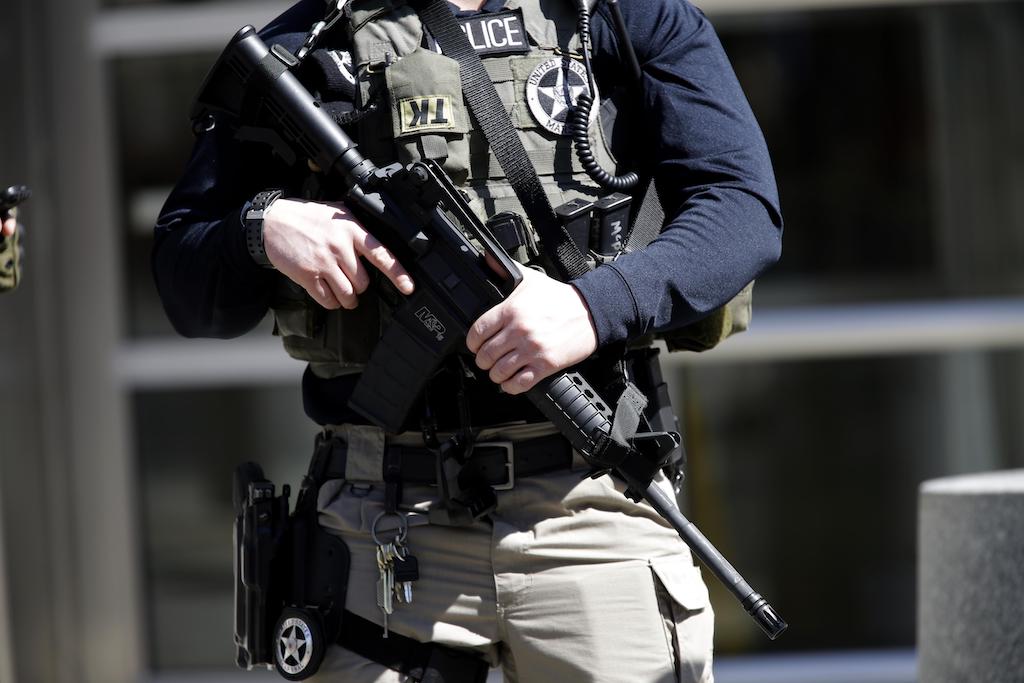