Episode 160 debuts on January 2, at 8:00 PM Eastern. Rebroadcasts will take place according to the Crusade Channel programming schedule (note: all times listed are Central time). The topic is Catholic versus Protestant Views of Justification. 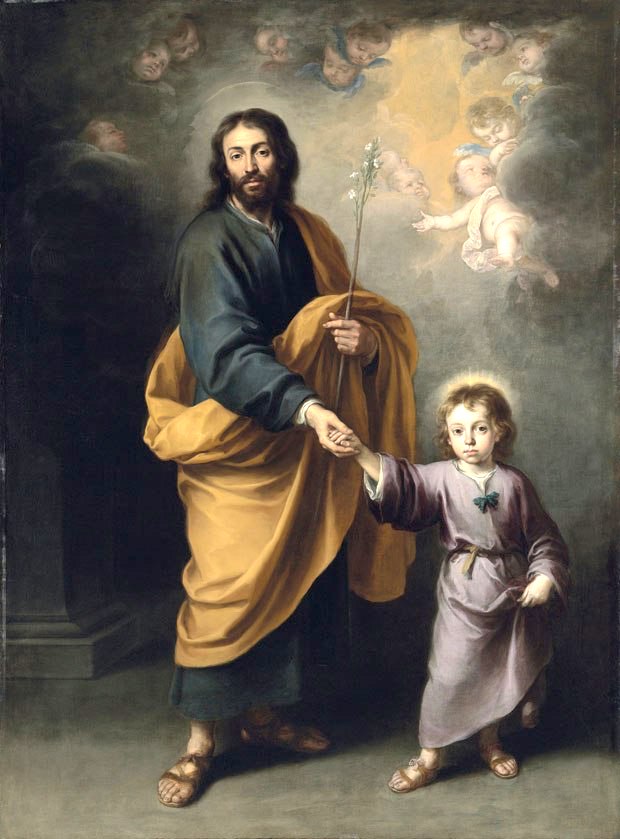 “St. Joseph and the Christ Child” by Bartolomé Esteban Murillo (1618-1682) source. Saint Joseph was a “just man” (Matt. 1:19). His justice was not a legal fiction, but an internal reality. It was holiness. Image, top: an old, beat-up statue of the Saint holding a carpenter’s square, a symbol of “justice” and “rightness.”