The Deliver Us From Evil Tapes Anthology-Featuring Ralph Sarchie

“you don’t hunt demons they hunt you” – Ralph Sarchie

Mandeville, LA – “If we could see demons, they are so numerous they’d blot out the sun” said Fr. Gabriel Amorth the world’s most-renowned exorcist. 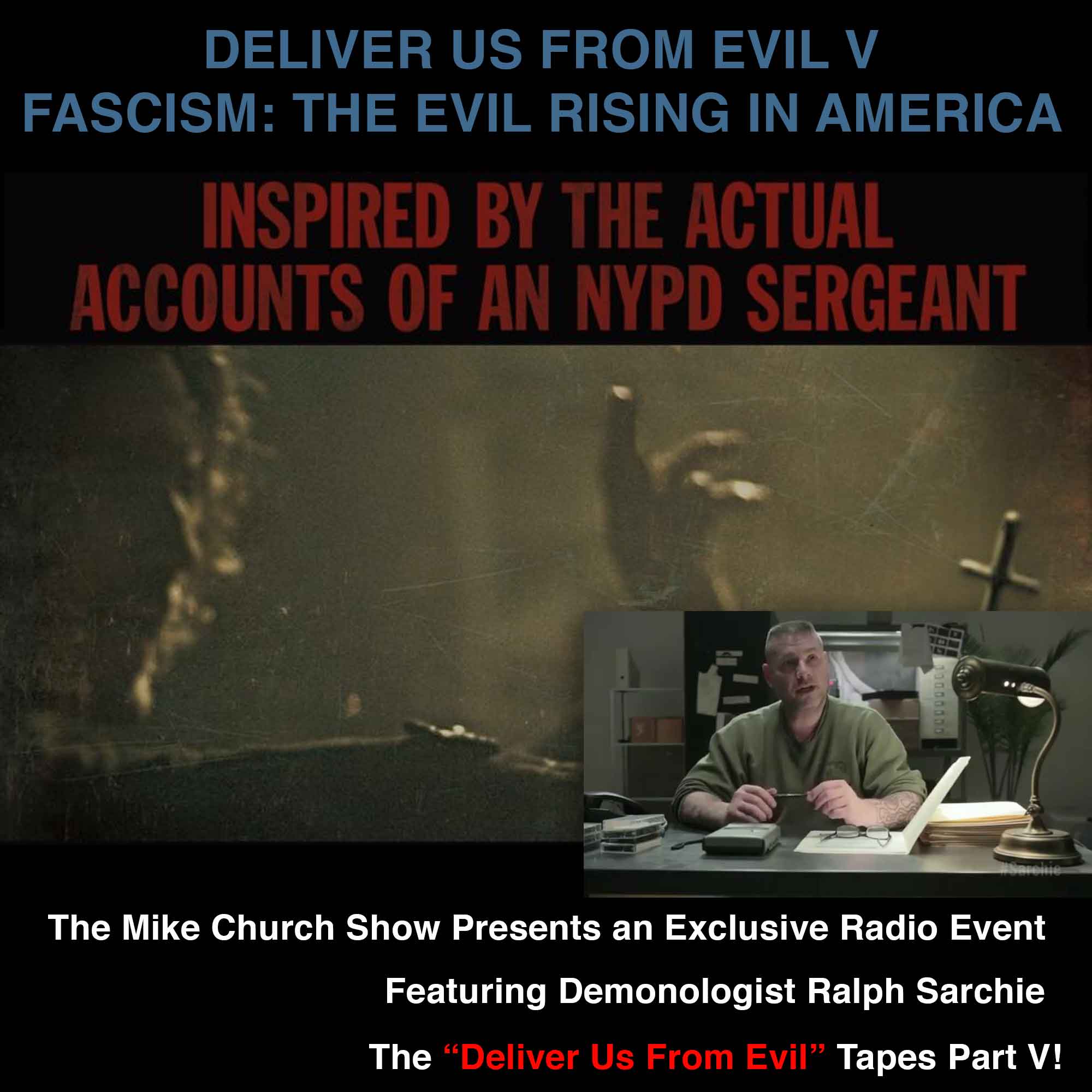 Recording of The Second Season of The Deliver Us From Evil Tapes has begun – listen to Episode I from The Mike Church Show,  August 21st, 2019!

Amorth wasn’t exaggerating and when you listen to all 4 parts of the “Deliver Us From Evil Tapes”, The Mike Church Show interview series featuring the world’s most famous demonologist, Ralph Sarchie, you’ll hear terrifying, creepy real stories about demons.  In a classic moment from this series Sarchie reveals, after a listener calls him a “demon hunter”: “you don’t hunt demons they hunt you”. In this chilling, 4 part series you’ll hear the real story behind famous cases like:

• The Exorcism of Emily Rose-Annalease Michelle

• Real stories from Ralph’s “Deliver Us From Evil” cases.

• Why lay people shouldn’t be forming “ghost chaser groups” and are in grave danger if they do.

Ralph offers advice on treating infestations of demons in your house, the supreme importance of keeping your Catholic faith at the center of home-life; and talks openly of his work with Ed & Lorraine Warren and Father Malachi Martin; a close friend of Ralph’s ’til his death.

This is 4.5 hours of bone-chilling, creepy talk-radio unlike any you’ve ever heard before.

Ralph Sarchie at work – star of The Deliver Us From Evil Tapes.