Summary: The story of the Battle of Midway, told by the leaders and the sailors who fought it.

War films are tricky. Your audience going in most likely knows the outcome. By the same token, you still have to tell a complete story.  When one is telling a war story, there are necessary tropes that you need to follow, among them:

When it comes to just these three tropes, the movie Midway fails. Conversely the film is visually stunning, and the rendering of the US & Japan fleets was impressive. Overall, without a protagonist & a central plot, this film movies from one historical even to another with little consequence.

A Film Without A Story

Straightaway, a film about Midway should be about Midway. The turning point in the Pacific theater of the Second World War, there is plenty to talk about and showcase in regards to this event. One would only have to look at the 1979 film Midway, which does a much better job of focusing on the single event. Instantly, when I viewed the first trailer, I knew this film was going to have problems. The events start in 1937 and go from Pearl Harbor to Coral Sea to the Dolittle Raid to finally the actual battle the film is named for. In reality, this structure leads itself to disjointed storytelling. My wife (who fell asleep during this film) told me as soon as we got out “This film had no plot” and that a pretty good summary. What we end up getting is a highlight reel of battles from the beginning of the Pacific Theater.

A Group of Heroes, But Not One For Us

This summary of this film states that this story is “told by the leaders and the sailors who fought it”. That is partially true. To emphasize, the stories of Richard Best (Ed Skrein), Edwin Layton (Patrick Wilson), Chester Nimitz (Woody Harrelson), Wade McClusky (Luke Evans) and others are a part of this. However, they are not treated with the respect they deserve. In spite of their historical roles/significance, they are treated with the same respect that you would treat a composite character, or lack thereof. Because this movie has massive action spectacle, we as the audience NEED someone to see the story through. With this in mind, when you have this many characters and no time to develop them, their deaths do not resonate, which is a shame to their sacrifice during the actual battle. What should be a heroic retelling turns into a clump of scenes, with no emotional resonates. The movie tries to make Richard Best and his dive bomber squad the central focus, but once again we don’t spend enough time to care, which sums up the wasting of a pretty decent case and a very good story.

On the positive side, the money that went into the recreation of the US & Japanese navies is the best part of this film. The dive bomb runs are a highlight. The visuals mixed with the sound design had me holding my breath for brief moments during the film. Also seeing the Enterprise, Hornet, Yorktown aircraft carriers on the US side & the Akagi, Kaga, Soryu, Hiryu on the Japanese side were a sight to see and almost worth the price of admission alone. These stills don’t the visuals justice, but the detail is really where this film shines. Unlike Michael Bay’s Pearl Harbor, which just used modern navel vessels and dressed them up, time and effort was put in to bring this event to life. 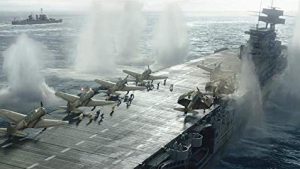 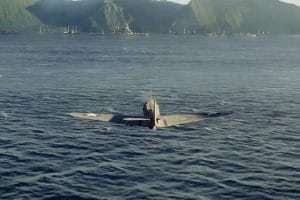 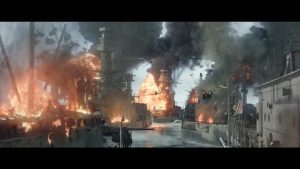 Despite the visual stunning set-pieces, the film  doesn’t follow the tropes that are necessary to create an engaging war film. With over abundance of characters and 0 plot threats to connect them, Midway is not the thriller it should be. Instead it turns out to be a highlight reel that never goes below the surface. 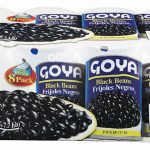 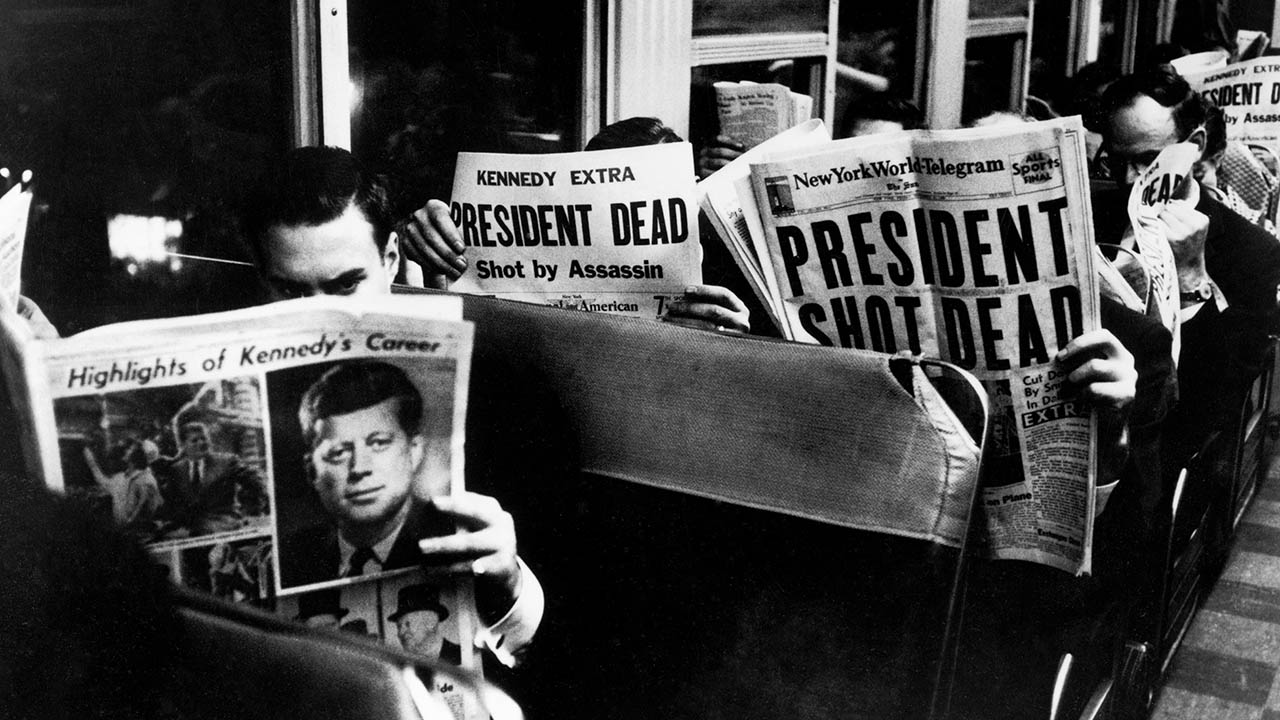 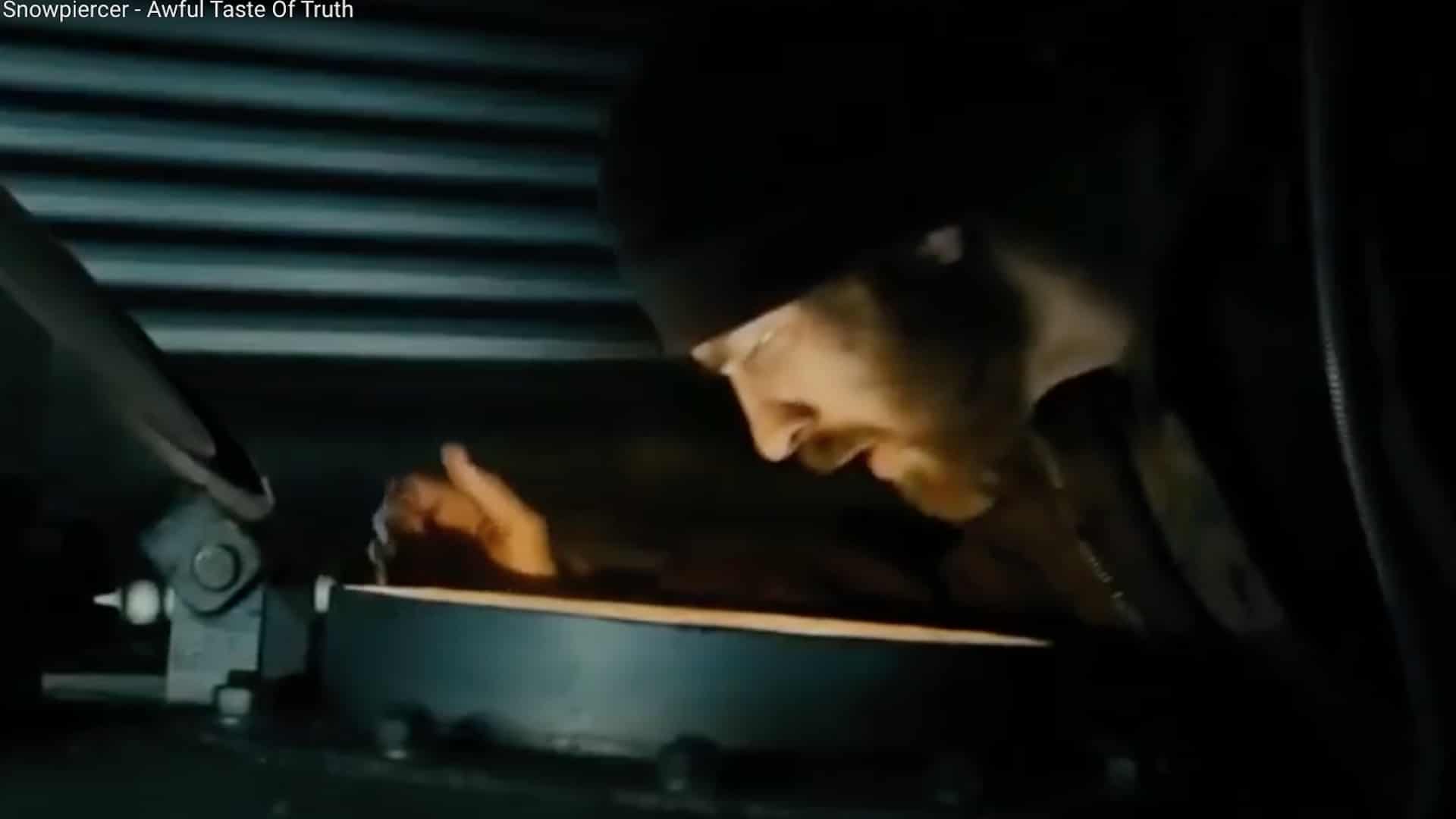