Well, it didn’t quite reach infinity and beyond. In fact, it didn’t even reach first place—a rarity for a big-budget Pixar tentpole. But despite its disappointing blast-off, Disney’s Lightyear still managed to rack up $51 million during its domestic debut over Father’s Day weekend. Maybe it was the absence of Woody and the rest of the gang, but either way the Toy Story spin-off fell short of expectations and failed to blast past Universal’s still-roaring dino sequel, Jurassic World Dominion, which held onto the top spot thanks to a massive $58.7 million second-week haul.

With early box-office projections putting Lightyear’s bow in the $70 million range, its under-performance came as a bit of a surprise. Especially since the previous installment, Toy Story 4, opened to $120.9 million back in the pre-COVID summer of 2019. Still, Lightyear was always going to be a tougher sell than a traditional Toy Story follow-up since it’s less a continuation of the hit franchise than a sidequel or prequel that imagines the movie that the series’ pint-sized protagonist Andy first fell in love with before the events of the first Toy Story chapter began. But more on Buzz in a moment. Until then, let’s give credit where it’s due—to Jurassic World Dominion, which fought off fierce competition and repeated in the top spot for a second straight weekend. Despite dropping off a hefty -59.6% from the previous frame, the latest Jurassic action-adventure’s $58.7 sophomore session boosted its two-week domestic total to $249.8 million. Earning a $12,488 per-screen average in 4,697 theaters, the PG-13-rated Dominion, which stars Chris Prattand Bryce Dallas Howard as well as the original Jurassic Park trilogy’s Jeff Goldblum, Sam Neill, and Laura Dern, has already taken its rightful place as one one the biggest hits of the summer. Especially when you consider that it has racked up an even mightier $372.4 million overseas, placing its current combined worldwide gross at $622.2 million and counting.

Back to Buzz, the gung-ho plastic action hero (who is now voiced by Chris Evans rather than Tim Allen) was the first Pixar film to debut in theaters in more than two years. The studio’s recent films— Soul, Luca, and Turning Red—all premiered on Disney+ due to the pandemic. And Lightyear did score well with critics, who gave his film a 77% fresh rating on Rotten Tomatoes, as well as ticket-buyers, who handed it an ‘A-‘ CinemaScore grade. But all that love couldn’t launch it into a first-place touchdown. Actually, it couldn’t even best the opening of fellow family film Sonic the Hedgehog 2’s $72 million bow. Ouch! Snagging an $11,986 per-screen average at 4,255 locations, Lightyear was left to lick its wounds both at home and abroad, where the movie took in $34.6 million in 43 markets—an underwhelming international tally even when its ban from Saudi Arabia and the United Arab Emirates (due to its blink-and-miss-it same-sex kiss) is factored in. Lightyear’s total global haul after its first week stands at $85.6 million. In other words, don’t cross your fingers for a stand-alone Forky feature anytime soon.

Still flying high in third place was Paramount’s Top Gun: Maverick, which took in $44 million in its fourth frame—an astonishing drop-off of just -15.1% from the previous session. Thanks to its rare ‘A+’ CinemaScore grade, Tom Cruise’s word-of-mouth sensation scored a healthy $10,904 per-screen average in 4,035 theaters, putting its four-week domestic tally at $466.2 million. The high-altitude blockbuster, which can now lay claim to being the top-grossing domestic performer of 2022, continued to perform well overseas, where it has taken in $419 million (despite the absence of lucrative playdates in Russia and China). Maverick’s current global gross is $885.2 million.

Finishing in fourth place was Disney’s Doctor Strange in the Multiverse of Madness, which took in $4.2 million. The latest Marvel installment fell just -19.5% from the previous weekend. The Benedict Cumberbatch-led superhero epic scored a $1,703 per-screen average at 2,465 locations, putting its seven-week domestic box-office total at $405.1 million. The PG-13-rated hit has fared even better abroad, where it has racked up $537.4 million in sales. Its current worldwide total now sits at $942.5 million.

Rounding out the top five was 20th Century Studios’ The Bob’s Burger Movie with $980,000. The PG-13-rated big-screen extension of the long-running animated TV show declined -61.3% in its fourth weekend, posting an $814 per-screen average in 1,350 theaters. Its four-week domestic total now stands at $29.8 million. The film, which earned a solid 86% fresh rating from reviewers, has yet to make much of a dent overseas, earning a measly $2.1 million so far. Its combined worldwide gross is $31.8 million.

Less headline-worthy was the muted arrival of Focus Features’ British comedy Brian and Charles, which created some buzz out of Sundance but bowed in tenth place with $198,000 in 279 theaters. The quirky, feel-good tale tells the story of a lonely inventor in Wales who builds a humanoid robot for companionship. The film, which was directed by Jim Archer and stars David Earl, earned a 79% fresh rating from reviewers on Rotten Tomatoes.

Did you know about Lightyear?  If you are interested in supporting small business, be sure to check out the official store of the Crusade Channel, the Founders Tradin Post! Not to mention our amazing collection of DVD’s, Cigars, T-Shirts, bumper stickers and other unique selection of items selected by Mike Church! 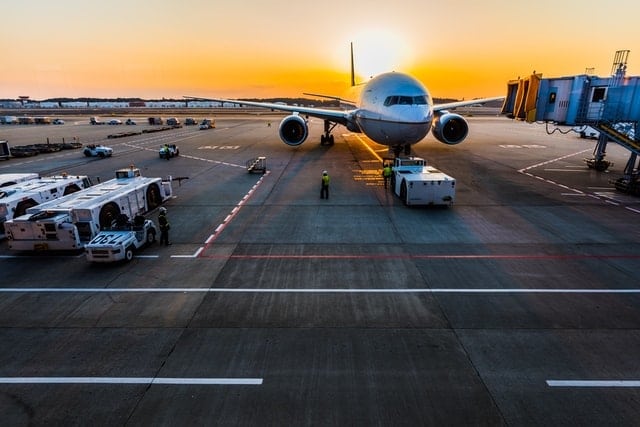