Resident Evil: Welcome To Raccoon City Is Made For TV Fare

Resident Evil: Welcome To Raccoon City Is Made For TV Fare

Summary: Set in 1998, this origin story explores the secrets of the mysterious Spencer Mansion and the ill-fated Raccoon City.

The video game movie. Nothing entices more fear and potential from movie studios. However, there is no genre has a worst track record of success than the video game adaptation. One could point to the Resident Evil franchise with a lifetime take of $1,229,450,247. But nothing stays dead in Hollywood, so with a 5 year since the last installment, Resident Evil: Welcome To Raccoon City (REWTRC) hits theaters this weekend. Say what you will about the Paul W.S. Andersons “interpretation” of the IP, at least it was an attempt at an actually story. The same cannot be said for REWTRC. Resident Evil: Welcome To Raccoon City is 107 minutes of pictures on a screen with no semblance of plot, characters or suspense.

It really seems like Resident Evil: Welcome To Raccoon City wants to channel the B movie vibe. From some interesting camera choices to the way it just jumps right into the scares with no explanation to its $25 million budget. However, when you are running with an IP that has this level of recognition, you cannot get the benefits of the B movie genre (low risk, high reward) and satisfy your core audience. From the race swapping of main characters to the dropping of fan service (in the negative way) REWTRC does everything as cheaply and quickly as possible. Like a “meal” from your favorite fast food establishment, by the time you have exchanged you money for the service, you already know you aren’t really getting what you wanted.

Kaya Scodelario (Claire Redfield) is the most well know of the main cast. She was in the worst of the Pirates film- Pirates Of The Caribbean: Dead Men Tell No Tales. She was smug and condescending in that film and that track continues in this film. This is a great time to show why Mckenna Grace in Ghosterbusters: Afterlife was such a revelation. She was smarter than everyone else, yet she never came off as condescending or cattish. In contrast, Kaya has none of these traits. She has one facial expression that gets pretty old pretty quick. Hannah John-Kamen (Jill Valentine) does the action hero bit. Tom Hopper (Albert Wesker) has the closet thing considering an arch, but it isn’t much. Robbie Amell (Chris Redfield) is there too. The only two that actually have any attempt at giving a performance are Donal Logue (Chief Brian Irons) & Neal McDonough (William Birkin) and I just felt bad for both of them, this movie is so far beneath either of them.

There is no plot. I know I have said stuff like this in the past, but there really is no plot here. Just a series of pictures on a screen. Even the set pieces were underwhelming. This film is 107 minutes but I was bored about 10 minutes into it.

This film is way, way, way too dark. I was struggling to see what was happening on the screen. The CGI is terrible (especially noticeable in one scene). However, the makeup team did a pretty good job.

The only thing scary about Resident Evil: Welcome To Raccoon City is that you have to pay to see it.

Did you know about Resident Evil ? If you are interested in supporting small business, be sure to check out the official store of the Crusade Channel, the Founders Tradin Post! Not to mention our amazing collection of DVD’s, Cigars, T-Shirts, bumper stickers and other unique selection of items selected by Mike Church! 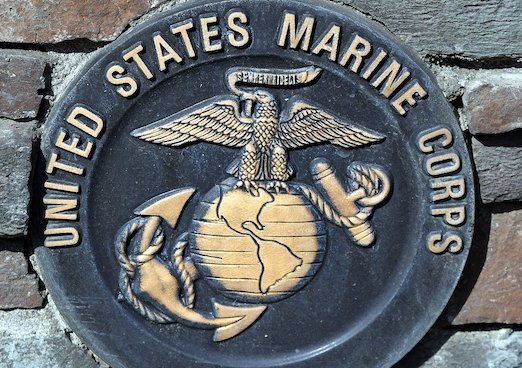