Rod Dreher Indirectly Answers One of My Questions About “Corrupt” Trump

Last night I asked the following of Louisiana based blogger Rod Dreher.

Where was all this “IF” #Obama (bombed Libya) etc., then “open impeachment inquiry”!? because Trump is “corrupt”? Based on what? It Was Trump who sued the CORRUPT @NFL & lost because a certain commissioner perjured himself; Trump who’s had an army of 1/2 https://t.co/ZideVPBxb4

2/2 of 2500 bureaucrats and lawyers combing through his trash cans for 2 years to turn up what!? Now @nytimes journalists are creating “Trump did it in the Oval Office with a red Trimline™” fantasies & you fret over what paranoid #woke academics are doing!?

Rod has now answered one of my questions, DIRECTLY, on where he was when Obama-Hillary were committing REAL impeachable offenses with “IF” (then impeach) & what proof is there of Donald Trump’s “corrupt[ion]” as charged last night in his #ImpeachmentInquiry screed, here? 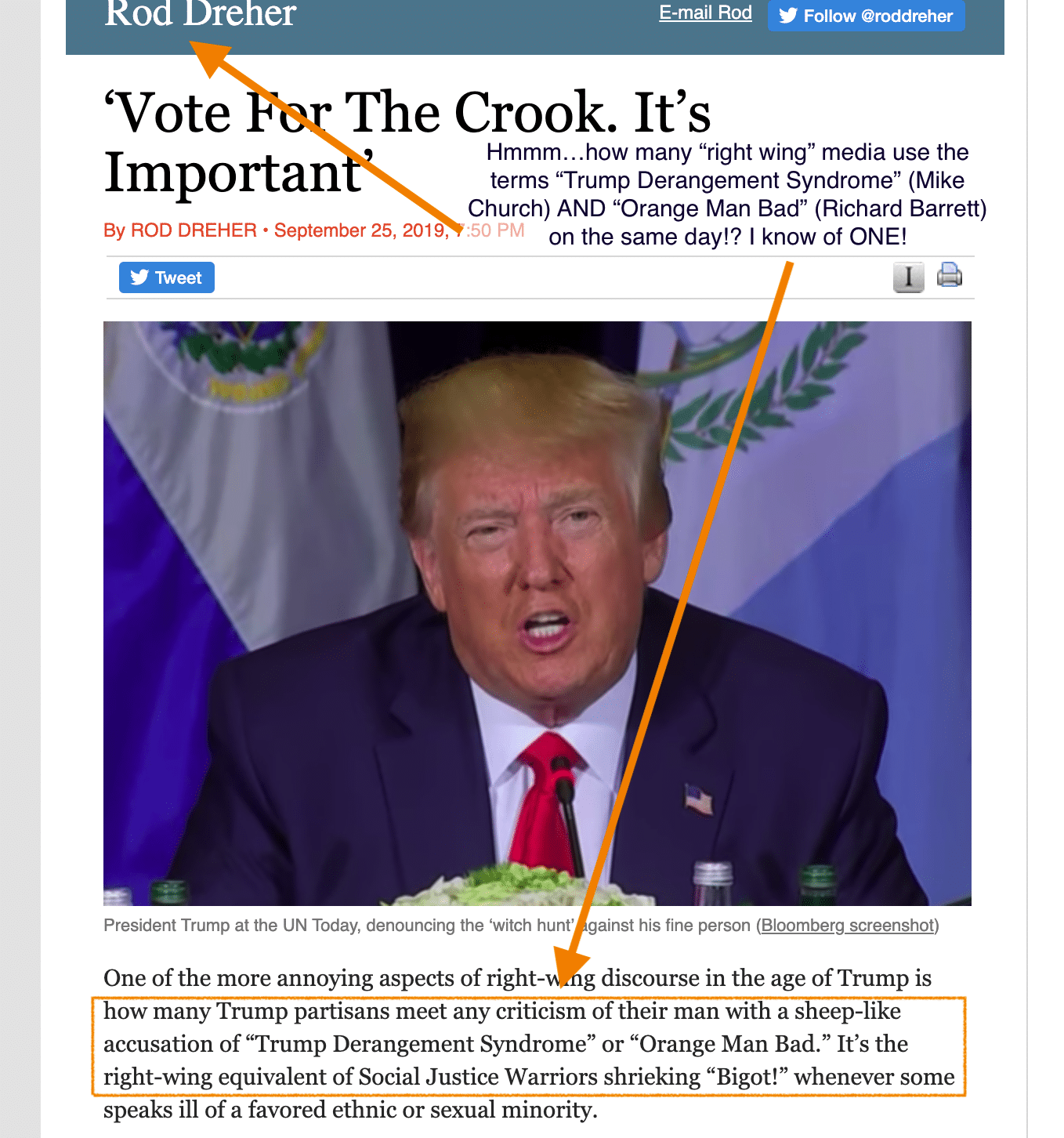 But Dreher then changes the terms of his response and what he stated. Last night he used the term “corrupt” not “crooked” and there’s a big difference. Crooked is the county sheriff who doesn’t write you a speeding ticket after you buy his partner and him a super-sized Chick-Fil-A lunch. Corrupt is the guy who was was running the Chick-Fil-A who was using Chinese chicken, smaller portions and GMO “impossible” greens while advertising “traditional Chick-Fil-A, fresh and natural”. One’s a “skimmer” the other makes illegitimate the entire institution. Here’s Dreher tonight, indirectly answering my query, above.

I think Trump is crooked, without question. Do I know for sure that he violated any laws? No. By “crooked,” I mean that he is not a man who cares about the law, either the legal code or the moral law. I think Bill Clinton was crooked too, by the way. I’m talking about the fundamental orientation of the man toward the law. Donald Trump is a disgrace. – [emphasis mine-MC]

What The Pho is an “orientation toward the law”!? Russel Kirk wrote a book called The Roots of American Order; in it he concluded that of Law and Order one was necessary for the other but in a specific sequence. The Order brought about by promoting then defending Christianity (read Catholic social, moral teaching) can make Just laws; but…. laws, which are mere regulations or statutes for the corporeal part of life, cannot bring about Order. Trump may be the greatest example ever then of a man who has mastered the obedience of “law” made under the Order that is the heresy of Americanism.

In a strict sense, then, is Trump thus guilty of flouting the Divine Law and Order of Christendom; yes, but in the U.S that’s perfectly legal, indeed encouraged, meaning Trump is, simply put, the greatest LEGAL manipulator of that heresy and will go in its Hall of Shame. But that doesn’t make him “corrupt”.

Corey’s Blog: Do you know who “Thingamajig” is? Corey does! 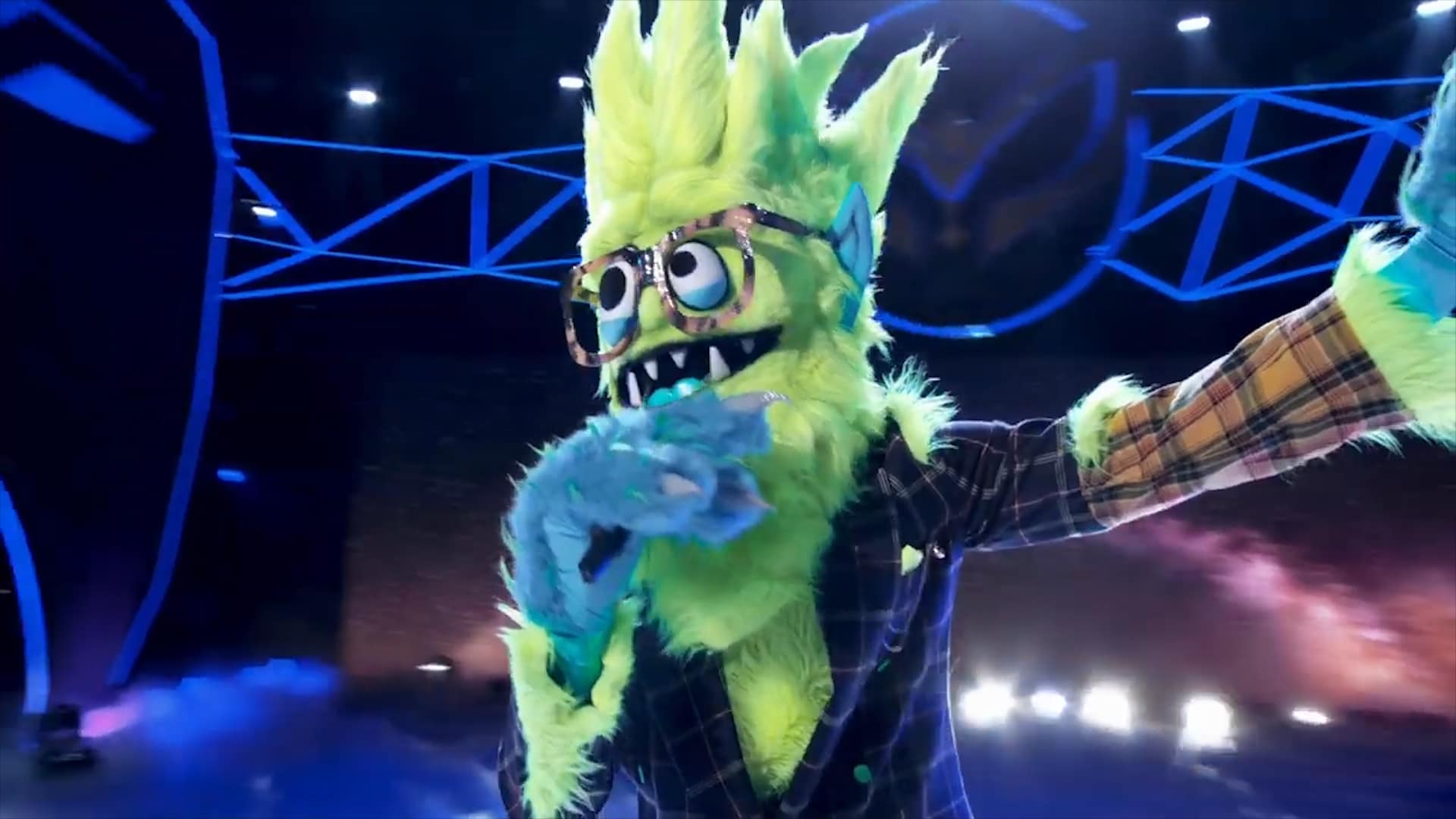 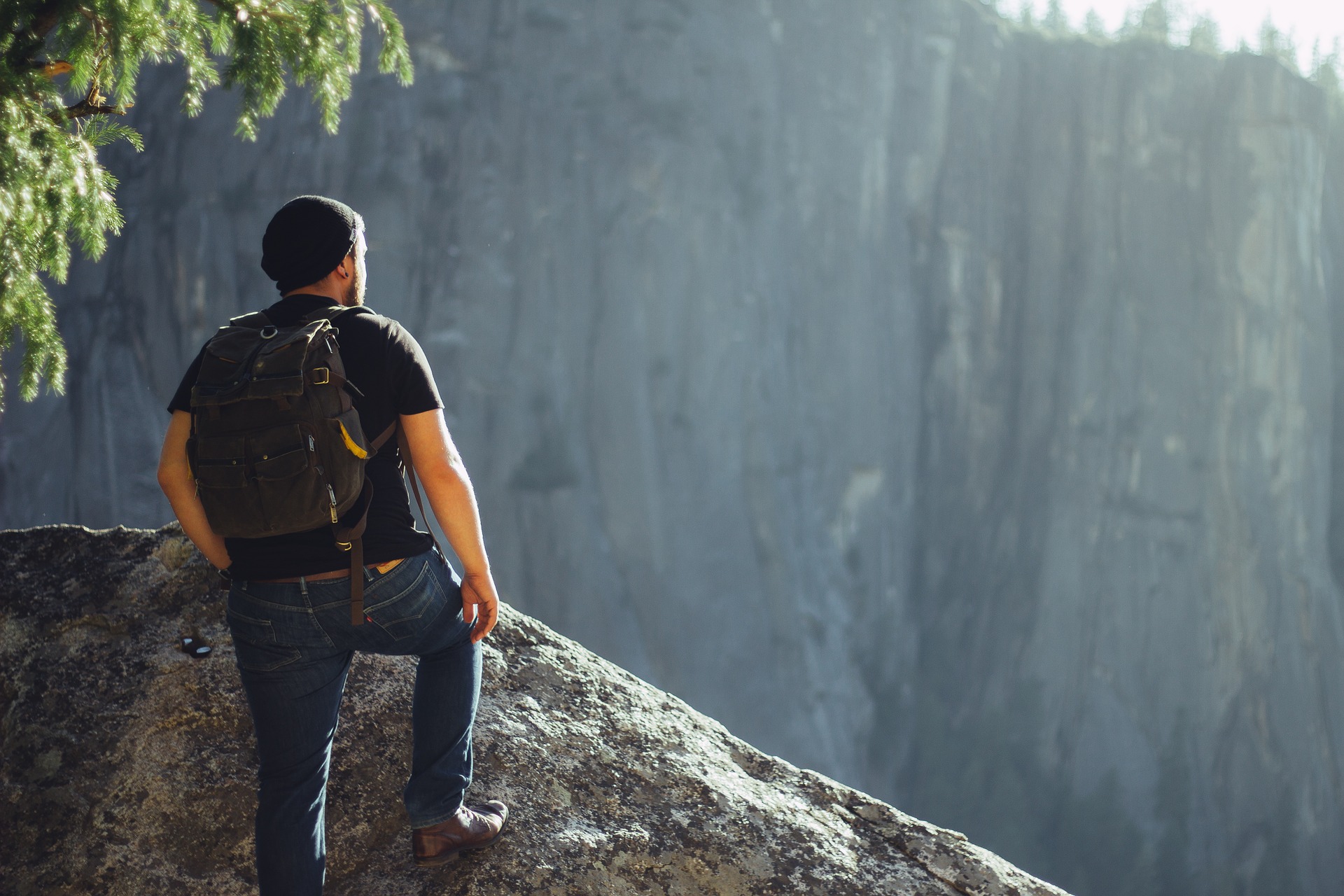