Almost half the world’s rivers are contaminated with over-the-counter and prescription drugs, according to a recent study. Researchers found that this contamination ranges from antibiotics, antidepressants, and painkillers to oral contraceptives, allergy pills, and tranquilizers.

A team from the University of York say the river Clyde in Scotland is the most pharmaceutically polluted in the United Kingdom, with epilepsy drug carbamazepine the most common found in nearly 70 percent of British rivers.

Out of 54 sampling sites just in the U.K. alone, study authors detected various drugs in 50. The levels are potentially toxic to humans. Fish and other wildlife are also at risk, a situation which endangers local ecosystems. Medications that target hormones, for instance, have induced sex changes in marine animals.

The study found more than 43 percent of rivers worldwide displayed “concerning” amounts of active pharmaceutical ingredients (APIs), with 23 exceeding those considered “safe.” The findings come from a study of 1,052 locations in 104 countries across the world, making it the largest analysis of its kind.

“With 127 collaborators across 86 institutions worldwide, the Global Monitoring of Pharmaceuticals Project is an excellent example of how the global scientific community can come together to tackle large-scale environmental issues,” says co-leader of the project Dr. John Wilkinson in a university release.

How are drugs making their way into local waterways?

Study authors say these chemicals enter the environment during their production, use, and disposal. They are most likely to turn up in surface waters such as streams, rivers, lakes, reservoirs, and wetlands. The findings indicate contamination is a global problem that is harming rivers from the Thames to the Amazon.

“We’ve known for over two decades now that pharmaceuticals make their way into the aquatic environment where they may affect the biology of living organisms. But one of the largest problems we have faced in tackling this issue is that we have not been very representative when monitoring these contaminants, with almost all of the data focused on a select few areas in North America, Western Europe and China,” Wilkinson continues.

Lake studies have shown that birth control pills and other synthetic estrogens cause hormone disruption. Waters contaminated with the popular painkiller diclofenac have led to a notable decline in vulture populations on the Indian subcontinent — leading to potential impacts on human health.

Anti-depressants have also been shown to affect fish behavior, which could upset the food chain by making them more prone to predators. Scientists fear the presence of antimicrobial compounds in the environment is contributing to the creation of drug‐resistant bacteria, fueling the emergence of deadly superbugs.

“The lack of global API monitoring data means for many regions of the world we have no idea of the level of potential impacts,” study co-author Alejandra Bouzas-Monroy says in a statement, according to SWNS. “Therefore, we used a unique data set on the concentrations of 61 high‐use APIs in rivers from 104 countries to perform the first truly global holistic assessment of their potential ecotoxicological effects.”

Pharmaceutical pollution is contaminating water on every continent

“There are 19.5 million people who live across the cities where we did monitoring work in the UK – London, Leeds, York, Glasgow, Northern Wales and Belfast. That’s nearly a third of the population,” Wilkinson tells SWNS.

Availability of ecotoxicity data on APIs has increased significantly in recent years with the pharmaceutical industry becoming more transparent.

“Twenty‐three APIs had concentrations for at least one sampling location above concentrations where an effect on organisms might be expected,” Bouzas-Monroy adds. “Ten of those identified, including molecules used to treat depression, bacterial infections, epilepsy, and anxiety, as well as hormone treatments and stimulants, were found to be at concentrations of ecotoxicological concern.”

The characterization of the 61 APIs may just be “the tip of the iceberg” as there are almost 2,000 in circulation. The actual impacts on aquatic systems are expected to be higher.

“The rivers that were monitored will contain not only APIs but also other pollutants such as industrial chemicals, pesticides and metals,” Bouzas-Monroy says, according to SWNS. “We, for the first time, present a global assessment of the potential ecotoxicological impacts of APIs on aquatic ecosystems.”

“We demonstrate that approximately 43.5% of river locations globally have concentrations where ecotoxicological effects might be expected, with some locations expected to suffer effects on multiple trophic levels and endpoints,” the researcher continues. “If we are to fulfill the United Nations’ 17 Sustainable Development Goals, particularly Goal 6, ‘Clean Water and Sanitation’, we urgently need to tackle the global problem of pharmaceutical pollution.”

Did you know about prescription drugs?  If you are interested in supporting small business, be sure to check out the official store of the Crusade Channel, the Founders Tradin Post! Not to mention our amazing collection of DVD’s, Cigars, T-Shirts, bumper stickers and other unique selection of items selected by Mike Church! 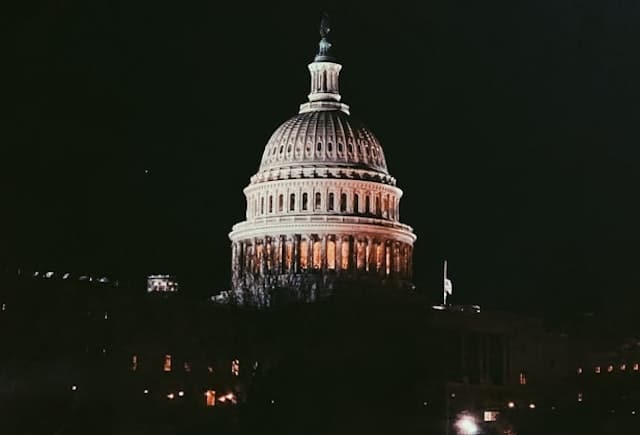