The Hidden Loser In The AMC Entertainment Collapse

The Hidden Loser in the AMC Entertainment Collapse

The movie theater industry is vanishing before our eyes.

Even before the coronavirus pandemic, theaters were struggling amid improving home entertainment options like video streaming, high-tech mobile devices, and cheap big-screen TVs. But the pandemic now threatens to crush the industry in a way that few other events could have.

After reopening theaters in August, Cineworld Group (LSE:CINE) (OTC:CNNW.F) subsidiary Regal Cinemas, the nation’s No. 2 chain, said it would temporarily close all 536 of its theaters earlier this month, a reflection of lackluster demand and studio releases repeatedly being delayed until audiences feel comfortable crowding into a movie theater again.

Now, there are signs that AMC Entertainment (NYSE:AMC), the biggest movie theater operator in the U.S. and globally, could file for Chapter 11 bankruptcy protection by the end of the year if it doesn’t get additional financing. In a filing, the company said it was on track to run out of cash by the end of this year or early next year if it didn’t get additional financing, and Bloomberg reported that the entertainment companywas considering a range of options to deal with a debt burden of more than $5.5 billion, including a potential bankruptcy. The report noted that AMC was looking to raise financing to stay in business while it restructured.

AMC management pushed back on the report the following day, saying that it was working on raising cash, not preparing a Chapter 11 filing. But the stock still closed down 16% on Wednesday, a sign investors are jittery about the prospect of insolvency.

Simon Property Group is the biggest shopping mall operator in the U.S. It owns or runs 106 malls, as well as 69 premium outlets, and 29 other properties as of the end of the year. Within its portfolio, 26 of its locations contained an AMC theater, 11 held a Regal theater, and in total it counted about 60 movie theaters in its properties, all of which are considered to be key anchorlike retailers.

When J.C. Penney (OTC:JCPN.Q) filed for bankruptcy protection in May, Simon made the unconventional move of acquiring the ailing department store out of Chapter 11, in partnership with fellow mall operator Brookfield Property Partners (NASDAQ:BPY). It was a bizarre move since Penney had been struggling for years before the pandemic, but the mall operators decided that taking it over was better than the alternative of allowing it to liquidate and sink into oblivion. At the end of last year, Penney operated 66 stores inside of Simon’s properties, and allowing it to liquidate would not only leave a gaping vacancy at its malls but also trigger covenants that could allow smaller retailers to break their leases.

The potential bankruptcy of AMC and the broader collapse of the movie theater industry pose a similar threat to Simon and its mall-operator peers. In normal times, movie theaters are key traffic drivers for malls, bringing in customers for purposes other than shopping, who may also grab a bite to eat and pick up some clothes. Theaters make up a key component in the “eat, shop, play” synergy that malls aim for, with each activity reinforcing the other, and their struggles are likely to trigger reduced rent payments, if not further impacts on the landlord.

In its second-quarter report, Simon acknowledged the “challenging times presented by the pandemic,” and its net income fell by nearly 50% as it offered rent abatements to tenants during the lockdowns. Its occupancy rate was solid at 92.9%, down from 94% at the end of the first quarter.

But the pandemic-related challenges may just be beginning for Simon as its $1.75 billion deal (which includes the assumption of debt) to buy out J.C. Penney shows the company is operating from a position of weakness during the crisis.

And it has more problem tenants than just Penney and the movie theaters. Nearly all of its key tenants are facing pressure from the pandemic, including other department store chains like Macy’s, Sears, and Nordstrom, and store closures could become the norm for many of its tenants. A number of them, including the department store chains, have already announced store closings.

Expect occupancy rates to steadily fall over the course of the crisis, and a full recovery may be difficult even when the pandemic’s over, since competition for shopping malls, in the form of e-commerce and video streaming, is only getting more entrenched.

Simon shares are already down more than 56% year to date, which seems fair, though its 8% dividend yieldwill keep shareholders hanging around for now even if a recovery remains difficult. Investors should keep an eye on the movie theater industry as its continued unraveling would only present Simon with another Penney-like headache.

Did you know about AMC Entertainment? If you are interested in supporting small business, be sure to check out the official store of the Crusade Channel, the Founders Tradin Post! Not to mention our amazing collection of DVD’s, Cigars, T-Shirts, bumper stickers and other unique selection of items selected by Mike Church!

What Voters Thought Of The Dueling Presidential Town Halls 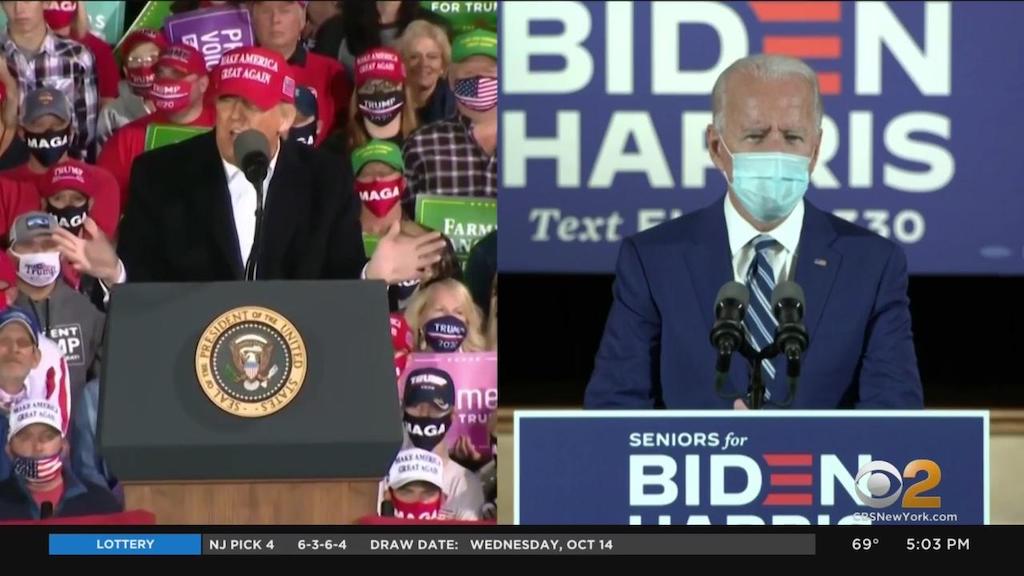