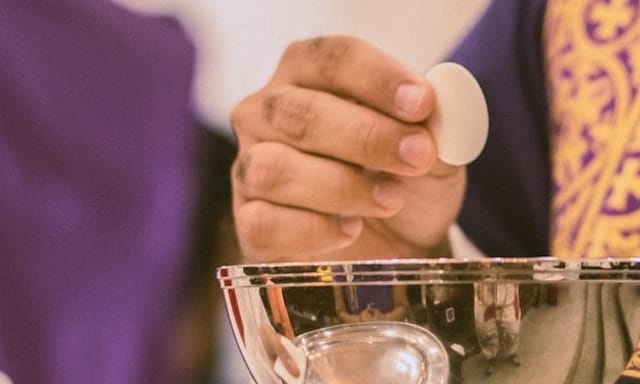 In his letter, Cordileone said he wrote to Pelosi on April 7, telling her that she must publicly disavow her pro-abortion stance “or else refrain from referring to your Catholic faith in public and receiving Holy Communion, I would have no choice but to make a declaration, in keeping with canon 915, that you are not to be admitted to Holy Communion.” Cordileone said since sending that letter that Pelosi has not abided by his request. He wrote:

He also said a Catholic legislator who supports abortion after knowing the teaching of the Church, “commits a manifestly grave sin which is a cause of most serious scandal to others.  Therefore, universal Church law provides that such persons ‘are not to be admitted to Holy Communion.”

The Catechism of the Catholic Church explicitly bans both obtaining an abortion and assisting with one, saying “since the first century, the Church has affirmed the moral evil of every procured abortion….”

“This teaching has not changed and remains unchangeable. Direct abortion, that is to say, abortion willed either as an end or a means, is gravely contrary to the moral law,” the catechism says.

Cordileone wrote in his announcement that he has received many letters over the years “expressing distress over the scandal” of Catholics in public life — like Pelosi and President Joe Biden — promoting “such grievously evil practices as abortion.” He said in part:

Cordileone said he took “no pleasure whatsoever” in fulfilling his pastoral duty and said his action is “not political.”

.@ArchCordileone, informing San Fran priests of Pelosi’s ban from communion, reminds them that “what we are facing in this particular moment of history is a powerful reminder to us that the Priesthood is not for the faint-hearted.” He encourages them:”Take courage and be a man.” pic.twitter.com/hSUgKae1iR

Cordileone has previously publicly called out both Pelosi and Biden for supporting abortion while claiming to be devout Catholics.

“You cannot be a good Catholic and support expanding a government-approved right to kill innocent human beings,” he wrote in a Washington Post op-ed last year about Texas’ six-week abortion ban, lamenting the hysterical reactions of Biden and Pelosi. “This is hardly inappropriate for a pastor to say. If anything, Catholic political leaders’ response to the situation in Texas highlights the need for us to say it all the louder.”

National faith-based advocacy organization CatholicVote praised Cordileone for his action, and said they are praying for Pelosi to change her view of abortion.

“Catholics across America commend Archbishop Cordileone and his pastoral leadership in handling the scandal posed by House Speaker Nancy Pelosi. For too long Catholic public officials have created confusion and disunity by advocating for policies that destroy innocent human life – in direct contradiction of the teachings of the Catholic faith,” President of CatholicVote Brian Burch said.

“The persistent disobedience of these public officials is a source of enormous sadness and scandal that begged for a response.  The Church has no choice but to protect itself and to encourage all of its members to live in communion with its teachings. For the sake of Speaker Pelosi and the rest of the flock in his charge, Archbishop Cordileone is right to call her to return to full communion with the Church.  We hope and pray she will do so,” he continued.

Did you know about Holy Communion?  If you are interested in supporting small business, be sure to check out the official store of the Crusade Channel, the Founders Tradin Post! Not to mention our amazing collection of DVD’s, Cigars, T-Shirts, bumper stickers and other unique selection of items selected by Mike Church! 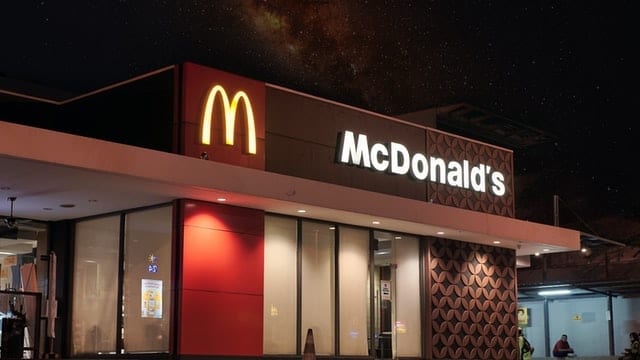 McDonald’s exiting Russia after 32 years is the end of an era Via CNBC.com: It was 4 a.m. and a trickle of Russians had already begun lining up outside the building in the freezing winter cold, hours before opening time.  When the doors opened, hundreds of hungry, bundled-up Muscovites rushed in for their first-ever taste of this alien creation: the Big Mac.  It was January of 1990 and McDonalds was […]