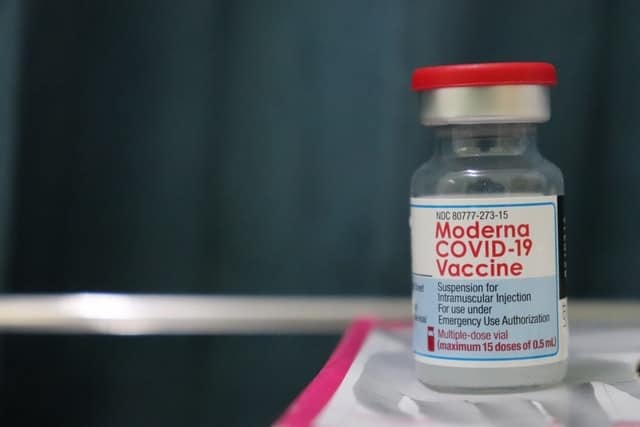 Moderna’s two-dose Covid-19 vaccine for kids ages 6 through 17 received the endorsement from the Food and Drug Administration’s committee of independent immunization experts on Tuesday, a key step on the path to distributing it to kids.

The committee unanimously voted to recommend the shots for use in kindergarteners through high schoolers after an all-day public meeting that weighed how safe and effective the shots are.

The most common side effects of the vaccines were pain at the injection site, fatigue, headache, chills, muscle pain and nausea. No cases of myocarditis, a type of heart inflammation, were found during Moderna’s clinical trials in children in these age groups, according to the FDA.

The clinical trials were conducted before the omicron variant became dominant. As a consequence, it’s unclear how much protection two shots would provide in these age groups right now. A third shot in other age groups has been shown to substantially increase protection against omicron. Dr. Doran Fink, a senior official in the FDA’s vaccine office, said Moderna intends to provide data soon on a third dose for these age groups.

Dr. Paul Offit, a committee member, said two doses are unlikely to provide protection against mildness illness from omicron’s subvariants, but they would likely protect against severe illness with a third dose.

“I think the benefits clearly outweigh the risks, but I say that with the comfort being provided that there will be a third dose,” said Offit, a pediatrician and infectious disease expert at Children’s Hospital of Philadelphia. “If that was not true, I wouldn’t feel the same way. We’re not in the same part of this pandemic anymore. It’s a different time.”

However, Dr. Eric Rubin said the FDA will always be evaluating vaccine effectiveness based on previous Covid variants given how quickly the virus evolves and the time it takes to gather data.

“We have to make decisions based on the best data we have, which is always going to be old data in an outbreak that’s constantly moving,” said Rubin, a FDA committee member and an infectious disease expert at Harvard.

The FDA is expected to authorize the vaccines this week. The Centers for Disease Control and Prevention then has to sign off on the shots before pharmacies and physicians can start administering them. Moderna vaccinations in this age group could start as soon as next week.

Children ages 5 and up are already eligible for vaccination with Pfizer and BioNTech’s vaccine, though many parents have not gotten their kids immunized. About 30% of kids ages 5 to 11 and 60% of teens 12 to 17 are fully vaccinated as of early June.

Authorizing of Moderna’s vaccine for kids ages 6 to 17 would bring eligibility in line with Pfizer’s shots. This would also allow the FDA to authorize both Moderna and Pfizer’s vaccines for children under age 5 at the same time. The FDA committee will meet on Wednesday to discuss the vaccine for infants through preschoolers, the only age group left not eligible for vaccination.

Moderna asked the FDA to authorize its vaccine for teenagers 12 to 17 more than a year ago in June 2021. However, the FDA held off on authorizing the shot as international data indicated that Moderna’s vaccine carried a higher risk of heart inflammation, known as myocarditis, than Pfizer’s shot. Moderna requested authorization for the 6 to 11 age group in March of this year.

However, U.S. vaccine surveillance through May did not find a significantly higher risk of myocarditis with Moderna’s vaccine compared to Pfizer’s shots in men ages 18 to 25, said FDA official Hui-Lee Wong during a presentation to the committee Tuesday.

The CDC has found 635 cases of myocarditis in kids and teens ages 5 through 17 out of more than 54 million Pfizer doses administered. The risk is highest among teenage boys ages 12 to 17 after the second dose, according to the CDC. There does not appear to be an elevated risk for kids ages 5 to 11, according to the CDC.

“I am a little bit sobered by the myocarditis data and the frequency with which that is occurring,” said Dr. Mark Sawyer, a professor of pediatrics at the University of California San Diego and temporary voting member. “So that clearly needs to be watched closely going forward as we expand the use of the vaccine.”

People who develop myocarditis after vaccination are typically hospitalized for several days as a precaution. However, most patients seem to fully recover about three months after their diagnosis, according to a CDC survey of cardiologists and other health-care providers.

Although Covid is generally less severe in children than adults, more kids were hospitalized with the virus during the omicron wave than at any other point of the pandemic, according to the CDC. About two thirds of kids ages 5 to 17 hospitalized with Covid had at least one underlying health condition, like diabetes or obesity.

Dr. Katherine Fleming-Dutra, a CDC official, told the FDA committee that a majority of the kids were hospitalized because they had Covid. In other words, most of them did not test positive for the virus after admission for another health reason.

In total, more than 13 million children younger than 18 have been infected with Covid during the pandemic, according to the CDC. It’s unclear how many children in the U.S. have long Covid. However, a national survey in the United Kingdom found that up to 8% of kids have Covid symptoms for more than than 12 weeks. Long Covid can occur even after mild infections.

Ruth Link-Gelles, a CDC official, said it is “extremely likely” that another surge of infection will occur as new omicron subvariants, BA.4 and BA.5, start circulating more.

Did you know about Moderna?  If you are interested in supporting small business, be sure to check out the official store of the Crusade Channel, the Founders Tradin Post! Not to mention our amazing collection of DVD’s, Cigars, T-Shirts, bumper stickers and other unique selection of items selected by Mike Church!

Senate Strikes Gun Control Deal, Chuck Schumer Wants Floor Vote Soon Via Breitbart: The negotiations for bipartisan gun control ended with an agreement on Sunday, and Senate Majority Leader Chuck Schumer (D-NY) is making clear he wants a floor vote as soon as possible. Politico reports that Schumer has already said he will “put this bill on the floor as soon as possible.” The Washington Post notes that the gun […]