The FDA is asking a federal judge to give the federal agency until the year 2076 to fully release its documents tied to the approval of the Pfizer COVID-19 vaccine.

The Food and Drug Administration made the request as part of a filing Monday in response to a Freedom of Information Act lawsuit brought by a medical transparency group.

The government informed the court that it has 329,000 pages of documents that apply to the FOIA request and suggested releasing 500 pages a month, a rate it believes would allow for the redactions of exempt material. The proposed rate would mean the FDA would not fully release the records in their entirety for 55 years.

The plaintiff in the case, the Public Health and Medical Professionals for Transparency (PHMPT), filed the suit after the FDA denied its request to expedite the release of the records.

The FDA and the transparency group have not been able to reach an agreement on a disclosure so are seeking a hearing before a judge to argue the case.

“The FDA’s promise of transparency is, to put it mildly, a pile of illusions,” wrote an attorney, Aaron Siri, whose firm is representing PHMPT. “It took the FDA precisely 108 days from when Pfizer started producing the records for licensure to when the FDA licensed the Pfizer vaccine,” he continued.

“Taking the FDA at its word, it conducted an intense, robust, thorough, and complete review and analysis of those documents in order to assure that the Pfizer vaccine was safe and effective for licensure. While it can conduct that intense review of Pfizer’s documents in 108 days, it now asks for over 20,000 days to make these documents available to the public.”

At least one of the companies involved in the Pfizer vaccine trials said earlier this month that it is investigating potential issues that were brought to light by a whistleblower. The whistleblower, Brook Jackson, told the British Medical journal that the Pfizer trial run by Ventavia Research Group was plagued with issues that included the falsification of data.

Did you know about FDA? If you are interested in supporting small business, be sure to check out the official store of the Crusade Channel, the Founders Tradin Post! Not to mention our amazing collection of DVD’s, Cigars, T-Shirts, bumper stickers and other unique selection of items selected by Mike Church! 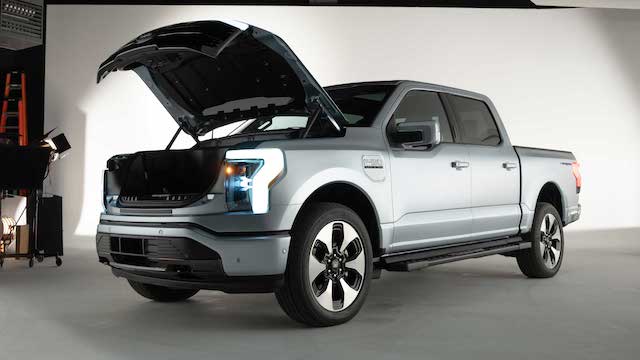 Ford plans to increase EV production to 600,000 vehicles by 2023 Via CNBC.com: Ford Motor plans to increase its production capacity of electric vehicles to 600,000 units globally by 2023, which CEO Jim Farley expects would make the company the second-largest U.S.-based producer of EVs, behind Tesla. Farley said the increase would double the number of EVs the company had initially expected to produce over the next 24 months, according […]